Manchester United manager Jose Mourinho has revealed the trio of Marcos Rojo, Paul Pogba and Zlatan Ibrahimovic are all in contention to face Newcastle in the Premier League on Saturday at Old Trafford.

Ibrahimovic, 36, is yet to play this season after suffering a cruciate knee ligament injury in April while Pogba has been out of action since he suffered a hamstring against Basel in the UEFA Champions League in September.

Mourinho’s current side are unbeaten in 37 games at Old Trafford in all competitions, equalling the record set by Sir Alex Ferguson’s side between December 1998 and April 2000.

“We don’t play for records. If we concede a goal and we score two at least I am happy. We defend as a team. Our numbers show exactly that,” Mourinho added.

“The objective is to win, not to not concede. It is not an obsession. We lost the last match (at Chelsea). We need the points, we have a difficult match. We have try and get the points we need.”

On the return of Ibrahimovic and Pogba, Mourinho said: “Paul, now I can speak because he’s back, I don’t like to speak while he was injured, but you can clearly see Manchester United this season before Paul’s injury and after Paul’s injury.

“He (Ibrahimovic) is an incredible personality. We were all saying in 2017 he will be back. But it is one thing to be back on 31 Dec, another is mid November. Even in getting fit he was same super professional.

“He (Ibrahimovic) made a full recovery, has incredible personality to fight such an injury. But you cannot expect him to be ready to play 90 minutes or to be ready to play consecutive matches.
“Now he needs time to be back to his level, his fitness, his confidence, his sharpness, his everything.
“But from the clinical point of view, for him to be good and ready is fantastic.”

“Marcos [Rojo] was a very [big miss for us] too, a big surgery, he played already with the young boys last Wednesday and he’s fine.

Mourinho also believes Ibrahimovic and Romelu Lukaku could star alongside each other in attack.
“He (Ibrahimovic) can play with Romelu Lukaku easily. The problem is when the players aren’t good. But with good players, it’s easy to play together.” 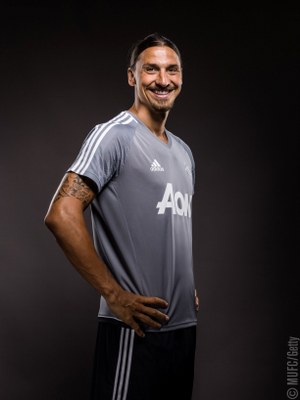 Lukaku has not scored in seven games in all competitions for Manchester United but he scored twice for Belgium who played a 3-3 draw with Mexico last Friday. He was also on target last Tuesday in Belgium’s 1-0 victory at home to Japan to become the his country’s all-time top goal scorer but that has been clarifed by FIFA.

World governing body FIFA nullified an international friendly between Belgium and Luxembourg after the Red Devils made seven substitutions, one more than the official six, where he bagged a hat trick which means the Manchester United striker has scored 28 goals.

“For Romelu to be so young, beating the record, is fantastic.

“Romelu is very young and I think he has 10 more years to play for his country, so I can imagine [his total] number of goals [for Belgium] will be amazing.”

Mourinho also bared his mind on his past feud with his opposite number, Rafa Benitez.

“I know the way Newcastle play, I know the way Benitez prepares his team, I know that it’s going to be difficult but we have to try to get back to the points that we need.”

“I respect him in both ways, as a person and a professional.We are side to side in a group of winning the Champions League and Europa League.”

“I have immense respect for him. I’m more than happy to see him and salute him and then play one more match.”