Ever wondered what it is like to play the way Arsenal F.C. does? Most football enthusiasts worldwide admire the trademark swashbuckling style deployed by successive teams from the North London-based club.

This expansive style of play was further reinforced on 22 October when the Gunners completed eleven passes before striker Pierre-Emerick Aubameyang tucked the ball into the back of the net during a 3-1 Premier League home win over Leicester City. The goal, which went viral on social media, sparked the usual conversations about Arsenal’s beautiful playing style.

But how do you play the Arsenal way? Interestingly, MTN Nigeria, Arsenal’s official telecommunications partner since 2015 has enabled the club to connect with its teeming Nigerian fans, as well as coaches, trainers and stakeholders.

In a bid to further deepen its partnership, MTN and Arsenal  decided to set up a coaching clinic to teach talented teens and coaches how to play the “Arsenal Way.” During the coaching clinic which held in Lagos from October 26th to October 28th, Head coach of Arsenal Soccer School Simon Mcmanus gave an in-depth insight into what makes the gunners thick and forms the basis of the club’s style of play.

Simon tells the kids to “Always be together, act with class and “Always move forward”. These makes a lot of sense now,as the gunners are known to be a compact team who always respects the opposition and attacks with almost every touch of the ball. 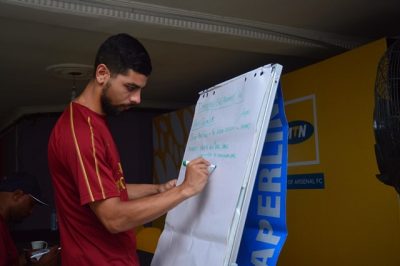 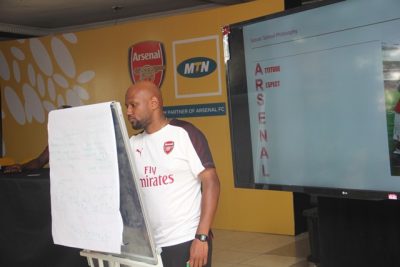 Arsenal legend and member of the invincible team of 2004 who went all the way including clinching the English Premier League title of that year, Lauren Etame, was also part of the Arsenal team who came to impact participants with their fervent football knowledge. He was also at the famous Ikeja City Mall to sign some autographs. 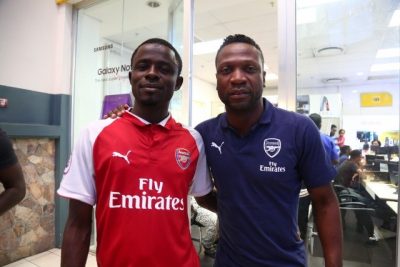 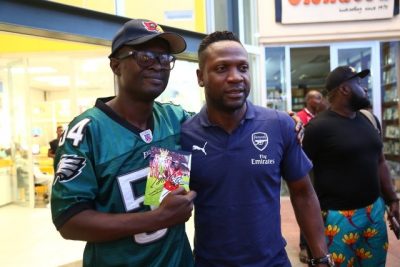 The coaching clinic which took place between Friday the 26th and Sunday the 28th of October at the Legacy pitch, National Stadium Surulere Lagos, was a truly extensive one, as participants were put through the educational part of the beautiful game of football in the classroom as well as execution and actualisation of lessons taught on the field of play. 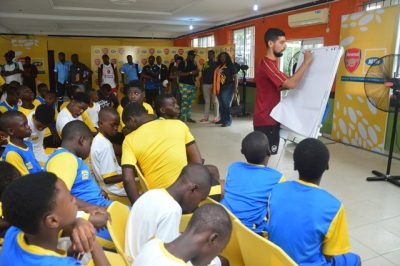 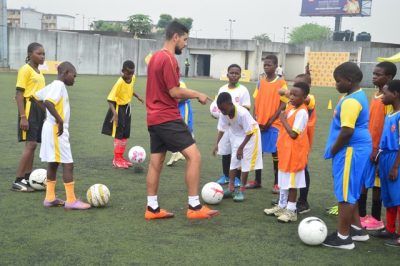 At the end of the 3 day clinic, the kids bagged certificates for their fantastic performances during the clinic. This coaching clinic is part of MTN’s effort at promoting grassroot football in Nigeria after initiatives like the MTN Football Scholar and MTN Street Soccer. 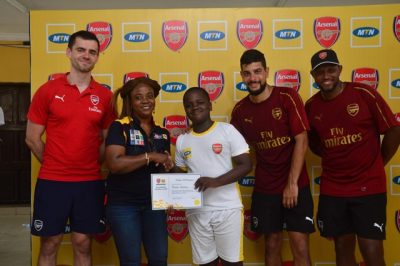 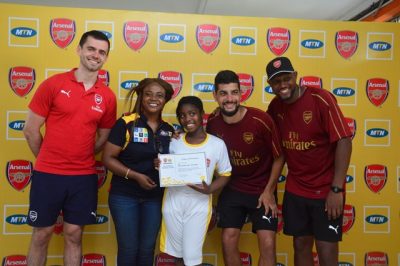