Musa Gets Heroic Welcome On Arrival At Al Nassr A large number of fans according to pictures posted on Al Nassr’s twitter handle, trooped out out enmasse to welcome their new signing to the country.

Musa was first received by the club’s officials before he was mobbed by the large crowd who were excited to see their new signing for the first time. 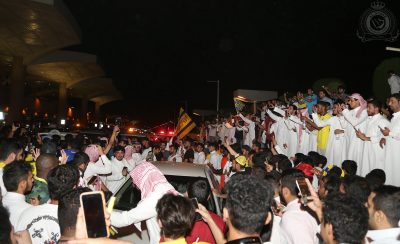 He will look to help Al Nassr do better in the Saudi Premier Premier League next season following their third place finish last season. 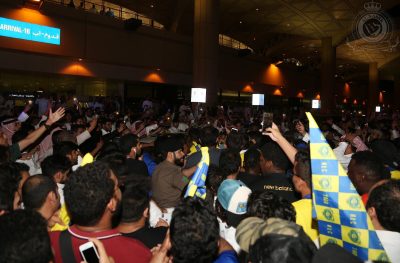 Musa further enhanced his reputation after grabbing a brace in Nigeria’s 2-0 win against Iceland at the 2018 FIFA World Cup.