By James Agberebi:
Super Eagles and CSKA Moscow forward, Ahmed Musa, has been included in the Russian Premier League Team of the Week, Completeportsnigeria.com reports.The Team of the Week which is dominated by CSKA players(six players) was compiled by football facts and statistics website, whoscored.com.

Musa’s inclusion was as a result of the brace he scored in CSKA’s 6-0 thrashing of visiting Arsenal Tula in last Sunday’s league clash.

The two goals took Musa’s tally to five after nine league games since he returned to the club on loan from Leicester City in January. 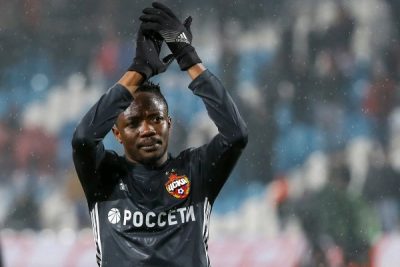 The Team of the Week which is in a 4-4-2 formation, saw Musa being placed as one of the two strikers.