Musa trained with his new Al Nassr teammates ahead of their first leg First Round game of the Arab Club Championship against Al Jazira on Monday. . Musa was put through his paces at the club’s training ground in preparation for the match.

The Nigeria international joined Al Nassr, eight time winners of the Saudi Premier League, on a four-year deal reportedly worth an initial £14.8m, which could rise to £25m.

Al Nassr tweeted photos of their star signing in training along with the message: “Friday’s exercise saw the participation of Nigerian star Ahmed Musa.” 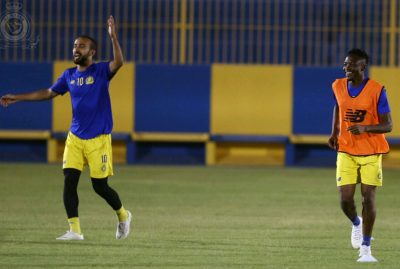 Al Nassr will kick start their Saudi Premier League with an away clash against Ohod on the 30th of August and Musa is expected to make his league debut in the game.