London’s underground legend Naira Marley is a key pioneer in the UK AfroBashment scene. Since first bursting onto the scene with 2014 party anthem Marry Juana, Naira has created a string of records fusing his inimitable Lagos accent with trap, bashment, grime and afrobeats, encapsulating the melting pot of London. 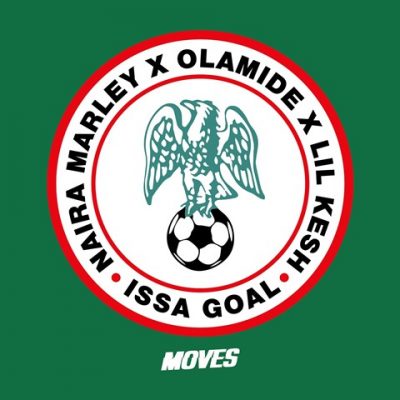 With two records currently on heavy club rotation (the afrobeat/rap classic Money on the Road, currently standing as Noisey’s most viewed UK video of 2017, and wavy new jam Flying Away which has been pulling in supporters from LA to Lagos to London), he now drops what may be his biggest record yet.

Issa Goal is an anthem to success. It sees Naira teamed with Nigeria’s hottest young artists, Olamide (who has some 3m instagram followers) and Lil Kesh (creator of the Shoki dance craze, a worldwide phenomenon).

The three MCs trade lines about their goals over an uptempo afro-dance beat created by Nigerian born, UK based producer Studio Magic. Along the way they shout out iconic Naija footballers Jay-Jay Okocha and Nwankwu Kanu, the joy of Jollof rice from Ghana and Nigeria, and even find time to big up Mans Not Hot.

Early footage of Naira and Olamide dancing to a demo of the track has already kicked off a viral dance craze, with hundreds of thousands of plays for a 20 second preview. With football-mad Nigeria freshly qualified for the World Cup 2018, fans are already chanting the chorus to Issa Goal – and this infectious good time party track is set to deliver the tune and the catchphrase of 2018.