A double double is when a player accumulates 10 or more points in two different statistical categories in a game. 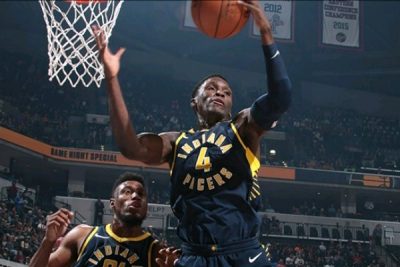 Victor Oladipo scoring for the Pacers.

Also another Nigerian-born NBA star, Ike Anigbogu, made a substitute appearance for Indiana Pacers coming on for two minutes and scored no points in the encounter.