Nigeria midfielder Wilfred Ndidi made his seventh English Premier League start of the season for Leicester City who forced AFC Bournemouth to a 0-0 draw at the Vitality stadium on Saturday.

His compatriot Kelechi Iheanacho came on in the 69th minute for Shinji Okazaki as the game ended in stalemate.

Super Eagles winger Ahmed Musa was not listed for the game.

It’s the fifth time Manchester United were scoring four goals this season in all competitions.

Juan Mata scored in the second minute of the encounter after lovely work from Marcus Rashford the left flank.

The goal was Mata’s first goal of the season in his 200th EPL appearance.

Romelu Lukaku sealed the win with his seventh league goal of the season. 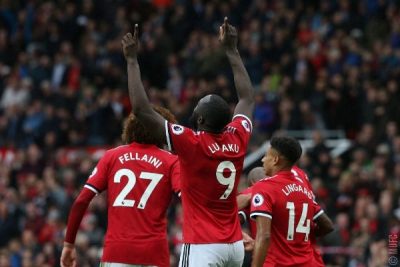 The win sent Jose Mourinho’s Manchester United back to the summit of the EPL pending Manchester City’s clash away to Chelsea at Stamford Bridge.

At the Olympic Stadium in London, West Ham were held to goalless draw by Swansea.

At the Bet365 Stadium, Saido Berahino missed a penalty as Stoke City earned a hard-fought 2-1 win over Southampton.

Mame Biram Diouf scored with a header in the 40th minute of the encounter but Maya Yoshida turned in Shane Long’s pass in the 75th minute to draw level.

At the Hawthorns, West Brom were held to a 2-2 draw at home to Watford. Isaac Success was not listed for Watford in the encounter.

Success is yet to feature for Watford in the EPL this season.