A brace from Heung-Min Son off assists from Dele Alli and Harry Kane in the 27th and 54th minutes respectively secured Spurs the win. 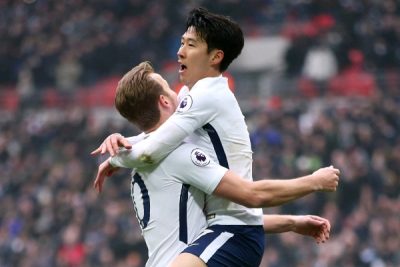 The win took Spurs’ points tally to 58 in the league table, just one point behind second-placed Manchester United who will be guests to Crystal Palace on Monday night.

At the King Power Stadium, a stoppage time goal from Riyad Mahrez salvaged a point for Leicester City who forced Bournemouth to a 1-1 draw.

Josh King converted a 35th minute penalty following a foul by Marc Albrighton inside the box.

But seven minutes into added time, Mahrez fired in a superb free-kick to rescue a point for Leicester.

Super Eagles duo Wilfred Ndidi and Kelechi Iheanacho featured for Leicester with the latter brought on for Adrien Silva on 59 minutes.

The draw leaves Leicester in the eighth position on 37 points on the log.

And at the Liberty Stadium, Swansea returned to winning ways as they spanked West Ham 4-1. 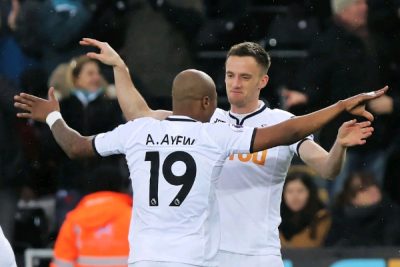 Michail Antonio scored a consolation goal for West Ham in the 79th minute.

And in the other games, Troy Deeney’s 77th minute goal gave Watford a 1-0 home win against bottom side West Brom, while Stoke held Southampton to a 0-0 draw at St. Mary’s.