Leicester City suffered their second defeat of the campaign following a 2-1 home defeat to Liverpool at the King Power Stadium on Saturday, reports Completesportsnigeria. com.

Nigerian duo, Wilfred Ndidi and Kelechi Iheanacho were in action for Leicester City in the game.

Ndidi started the game and was on for the entire 90 minutes. He has now started all four games for the Foxes so far this season.

His international teammate, Iheanacho came in for Marc Albrighton in the 61st minute. He provided the assist for Leicester City’s consolatory goal in the game.

Iheanacho has made three three starts for his club in all competitions this season and has scored once, bagged one assist, with two substitute appearances. 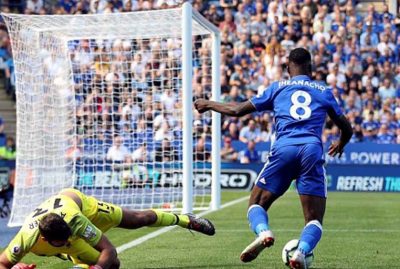 Saido Mane put Liverpool ahead in the 10 minute after he was teed up by James Robertson.

Liverpool concede their first goal of the season and it’s a comedy of errors.

First Van Dijk puts his keeper under pressure with a bad back pass. But Alisson then tries a Cruyff turn, falls over, and is robbed by Iheanacho.

The substitute puts the ball across goal where Ghezzal fires home. 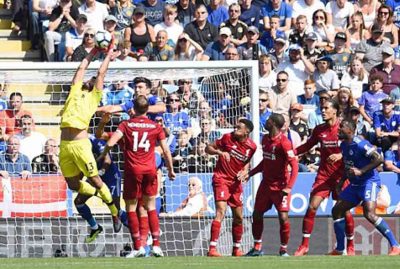