Ndidi Scores To Rescue Point For Leicester, Iheanacho Subbed Off In Draw Vs West Ham Fabian Balbuena put West Ham United ahead on the half hour mark and the Hammers put up a superb defensive display afterwards despite playing with a man down after Mark Noble was sent off in the 38th minute.

Ndidi equalised for Leicester City a minute from time after he was teed up by substitute Demarai Gray.

It was Ndidi’s first goal for the Foxes this season and his third ever goal for the former Premier League champion since he linked up with the club from Belgian side, Genk in January 2017. 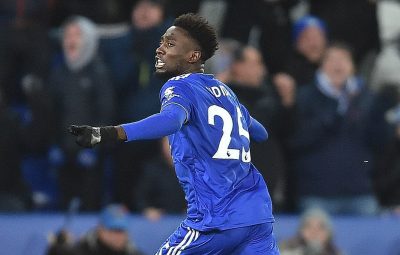 The midfielder has featured in all of Leicester City’s 10 Premier League games this season.

Ndidi’s international teammate, Iheanacho played for 61 minutes before he was replaced by Gray.

Iheanacho had a goal rule out for offside in the second minute.