Jamie Vardy scored the match winner in the 51st minute of the encounter. The defeat was Chelsea’s first of the season in the EPL at Stamford Bridge.

The game was Ndidi’s 18th of the EPL season. His compatriot Kelechi Iheanacho came on for Vardy in the 84th minute.

Iheanacho has not scored for Leicester since September 22 when he scored Foxes’ first goal in a 3-1 defeat of Huddersfield at the King Power stadium.

The Nigerian, has started in nine of the 17 premier league games he has played for Claude Puel’s side this term.

Meanwhile, Victor Moses was not listed in the match day squad for Chelsea.

The former Nigeria international has not featured for the Blues in the EPL since September 29 when he came in as a 73rd minute substitute for Willian in the 1-1 draw against Liverpool at Stamford Bridge.

Saturday’s game represent the 113th competitive meeting between the two clubs, with Chelsea recording 56 wins in comparison to 26 victories for Leicester.

At the Vitality stadium, Super Eagles defender, Leon Balogun made his seventh appearance for Brighton Hove Albion who lost 2-0 away at Bournemouth on Saturday. 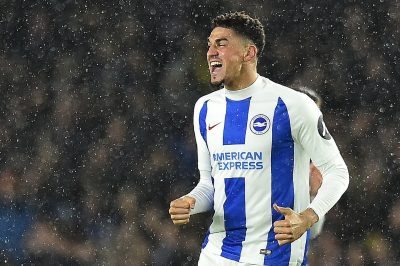 It was Balogun’s fourth start in the EPL this season.

A brace from David Brooks ended a three game winless run for the Cherries.

The Seagulls have lost all four games the Nigerian started and won two of the three he came in as a substitute.

At the London stadium, Isaac Success came on for Troy Deeney in the 84th minute for Watford who spanked their host, West Ham United 2-0.

The former Golden Eaglets star as made 18 appearances this season and his drought spans eight English Premier League Games. 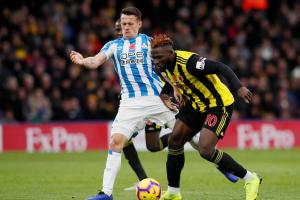