Super Eagles midfielder, Wilfred Ndidi, was involved for the entire 90 minutes as 10-man Leicester City picked their first win of the campaign following a 2-0 home win against Wolverhampton Wanderers in their Premier League clash on Saturday, reports Completesportsnigeria. com. 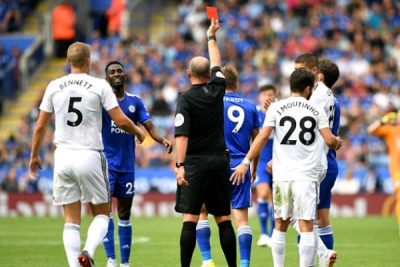 Wolves defender Matt Doherty conceded an own goal in the 29th minute, while Maddison scored the second on the dot of half time.

Leicester City were reduced to 10-men on the hour mark when Jamie Vardy was sent off for a bookable offence.

At the Wembley Stadium, London Tottenham Hotspur recorded their second win of the season by edging out Fulham 3-1.

Lucas Moura, Kevin Trippier and Harry Kane were all on target for the home team, while Aleksandr Mitrovic got Fulham’s only goal of the encounter. 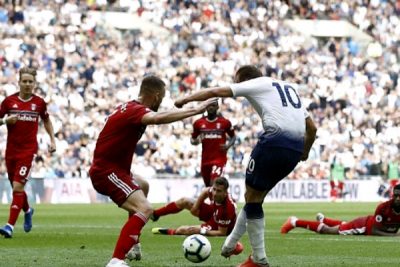 Theo Walcott opened scoring for the Toffees in the 15th minute, while Brazilian forward, Richarlison added the second a minute after the half hour mark, his third goal of the campaign.

Danny Ings reduced the deficit for Southampton in the 52nd minute.

At the London Stadium, West Ham United lost 2-1 at home against Bournemouth.

Marko Arnautovic put West Ham ahead in the 37th minute but the visitors scored twice in the second half through Callum Wilson and Steve Cook to go home with a win.