By Johnny Edward:
The Nigeria Football Federation and Arsenal FC have a sent congratulatory messages to Super Eagles forward, Alex Iwobi, who turns 22 today (Thursday), reports Completesportsnigeria.com.
Iwobi who has been certified fit for tonight’s (Thursday’s) crucial UEFA Europa League semi-final second leg clash against Atletico Madrid was born in Lagos, Nigeria on May 3, 1996.
“Happy birthday to the very promising @alexiwobi. Keep soaring,” a tweet on the NFF’s handle reads.
Arsenal wrote on their official Twitter handle: “Happy birthday to you, @alexiwobi,  #BIG17 is 22 today.”
Iwobi was the hero for Nigeria against Zambia last October, when his goal secured a 1-0 win for the Super Eagles and booked their berth at a third consecutive World Cup consecutive finals appearance.
The 22-year-old who has earned 15 caps for the Super Eagles also tweeted: “+1 grateful.” 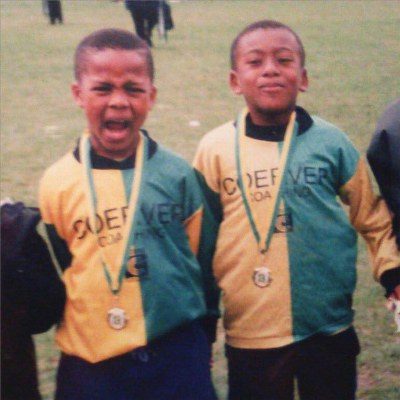 His childhood friend, Chuba Akpom also celebrated him with a message he tweeted on Thursday.
“These were the days we played football with rolled up socks on the block corridor,  happy birthday my bro @alexiwobi,” Akpom tweeted with an old picture of them.
Copyright © 2020 Completesports.com All rights reserved. The information contained in Completesports.com may not be published, broadcast, rewritten, or redistributed without the prior written authority of Completesports.com.