NFF Assures On Adequate Security, Warns Troublemakers To Stay Off By Kayode Ogundare (pics by Ganiyu Yusuf) in Uyo:

Adequate measures designed to ensure the security of life and properties of persons coming to the Godswill Akpabio International Stadium to see the World Cup qualifying game between Nigeria’s Super Eagles and the Indomitable Lions of Cameroon have been put in place by the Nigerian Football Federation, completesportsnigeria.com has reliably gathered.

Security consultant to the NFF, ACP Gideon Akinsola Rtd exclusively told completesportsnigeria.com in Uyo that a security meeting involving the Police, Army, SSS and private security outfits is slated for Thursday to harmonise responsibilities of each establishment.

“Our function is to ensure that at every given time matches are properly secured before, during and after the game. We have had several meetings and we are still going to meet on Thursday to put our programme in place for adequate security of the two teams, match officials, the media and the fans to make sure nothing bad happens to anyone,” he said. 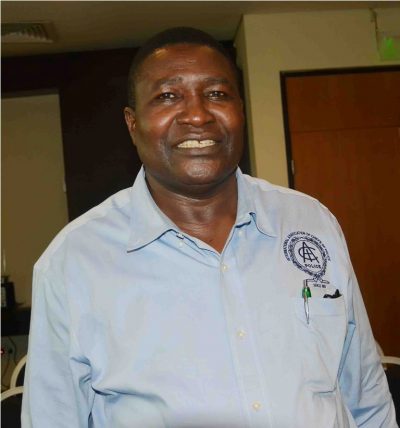 Akinsola also warned intending troublemakers to stay away from the stadium as security operatives will not permit any act of dissent.

He said: “We advise that fans should comply with instructions of security operatives. If you don’t have a valid ticket for the game, don’t bother to come to the stadium. They can watch the game on television at home. For those who want to come, please have your ticket ready. We guarantee your security.”

The security expert also allayed the fear of overzealous fans attempting to embrace the players or to invade the pitch immediately after the game.

“Firstly I want to thank the government and people of Akwa Ibom for putting up an edifice like this up here. It’s a bit difficult for fans to come across any player on the pitch because the stadium was built with security in mind. At the departing point where players enter the bus to leave, we have put arrangements in place to ensure that no fan come close to that area of the stadium. We have done everything humanly possible to ensure that lives of everybody coming to the stadium is secure. We just want the fans to come in and cheer the Super Eagles to victory,” he concluded.