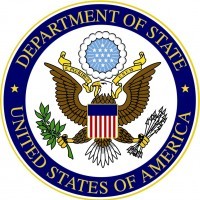 Chairman Smith, Ranking Member Bass, and distinguished Members of the Committee, thank you for the opportunity to testify today regarding the upcoming elections in Nigeria. I am also pleased to be joined by my USAID colleague, Senior Deputy Assistant Administrator Ramsey Day.

The title of this hearing is “Nigeria at a Crossroads: The Upcoming Elections.”

The Department of State agrees with the view that Nigeria’s February 2019 national elections are a critical test. The conduct of the elections could have significant consequences for the democratic trajectory of Nigeria, West Africa, and the entire continent.

The conduct of the 2015 Nigerian elections, although by no means perfect, was a step forward for Nigeria’s democracy. That contest resulted in Nigeria’s first-ever democratic transfer of power to a non-incumbent party, thereby increasing capacity and improving conduct of Nigerian democratic institutions and election bodies.

In advance of the 2019 elections, the U.S. government continues to support the Nigerian goal of free, fair, transparent, and peaceful elections that reflect the will of the Nigerian people. Through diplomacy, robust public engagement including with Nigeria’s youth and civil society, and democracy and governance programs, we are helping the country to strengthen its democratic institutions and processes. The United States does not support any single candidate. We support a democratic process that is free, fair, transparent, peaceful, and reflects the will of the Nigerian people.

The U.S. government has developed a comprehensive election strategy to plan and coordinate our efforts. We have three main objectives:

To advance our strategy, we have sustained high-level diplomatic engagement from Washington as well as robust and regular engagement by our Ambassador, Consul General, USAID Mission Director, and other officials based in Abuja and Lagos. Earlier this year, President Trump welcomed President Buhari to the White House and conveyed our expectations for a credible election. Two Secretaries of State, USAID Administrator Green, Deputy Secretary of State Sullivan, and many others have either traveled to Nigeria or met with senior Nigerian officials in the United States to underscore our commitment to free, fair, transparent, and peaceful Nigerian elections in the last twelve months.

I recently returned from Nigeria as part of my first trip to the continent. It was great to be back in Nigeria where I served as Charge d ’Affairs in 2016 and Deputy Chief of Mission from 1993-1995, and convey our expectations and concerns for the elections in person. I met with leadership from the two main political parties, INEC Chairman Yakubu, and civil society organizations, delivering public messages on the elections in a speech and in press engagements and private messages with key stakeholders.

That is just a summary of our Washington-focused diplomatic engagement on these elections. Our Ambassador and the Mission in Nigeria are working to advance our goals every day. My colleague from USAID will tell you more about the USAID programs in support of our three objectives. And, I can assure you that the U.S. government will remain intensely focused on the Nigerian elections in the coming months.

I know many of you are watching the election closely. We share many of the areas of concern that you have voiced. We are monitoring and messaging – both publicly and privately – to mitigate a few key areas of risk that could jeopardize a free and fair process. For example:

On November 18, the start of official campaigning, our Mission in Abuja released a statement with 25 like-minded missions to express our desire to see free, fair, transparent, and peaceful elections, specifically naming many of these concerns. I can assure you we will be watching closely for instigators of violence or those attempting to undermine the democratic process.

Many of you have expressed particular concern about violence around these elections. I can tell you from my impressions during my travels and my previous service in Nigeria that I fear there will be some violence around these elections, as has been the case with previous elections. I do not anticipate large-scale nation-wide conflict, but rather localized violence. We are already seeing increased tensions and polarization as the election approaches. We assess that politicians are turning to narratives of identity politics in an attempt to improve their popularity, with potentially serious consequences for national unity. However, Nigeria’s political system and society have weathered such tensions before.

But, let me underscore that the U.S. government takes the risk of any loss of human life extremely seriously. As I just mentioned, preventing electoral violence is one of our three main objectives for our diplomacy and programs. When I was in Nigeria, I asked officials from both major parties to sign pledges that their candidates would conduct peaceful campaigns, and both major candidates have now signed a peace pledge. In assessing potential “hot spots” for violence, we look at places that are historically volatile around elections such as Rivers and Borno states. We look at states that are currently tense, especially if state-level politics are contentious like those in Benue, Plateau, as well as those in high-stakes locations with large populations such as Kano. We regularly engage with civil society organizations working in these “hotspots” and support their peacebuilding efforts. USAID programs and our public diplomacy campaigns also support peace campaigns across the country, such as #VoteNotFight. Through our YALI Network Nigeria campaign, Nigerians have made over 10,000 pledges to boost voter participation, reject violence, and vote with integrity.

As I said in a speech in Nigeria, only the Nigerian people can determine lasting solutions and a path forward toward peace and stability. 2019 will be a significant year for Nigerian democracy – it has been 20 years since the country returned to democratic rule and this election’s youngest voters have never known a Nigeria without democracy. The upcoming elections provide Nigerians an opportunity to shape their country and solidify its place as a democratic leader in Africa.