The provisional squad list was announced through the official Twitter handle of the Croatia  Football Federation.
The Croatian will face Nigeria, Iceland and Argentina in the group stage of the Russia 2018 World Cup.
Dalic named four goalkeepers, 12 defenders, eight midfielders and eight forwards to compete for places in the final 23-man squad for the Mundial.
Also included in the squad are Mateo Kovacic from Real Madrid, Ivan Rakitic from Barcelona and Sime Vrsalijko from Atletico Madrid.
Also called up are the likes of Ivan Perisic, Nikola Kalinic, Marko Rog, Milan Badelj, Ivan Strinic from the Italian Serie A.
Croatia will face Nigeria in their opening Group D game before battling Argentina and Iceland.
6 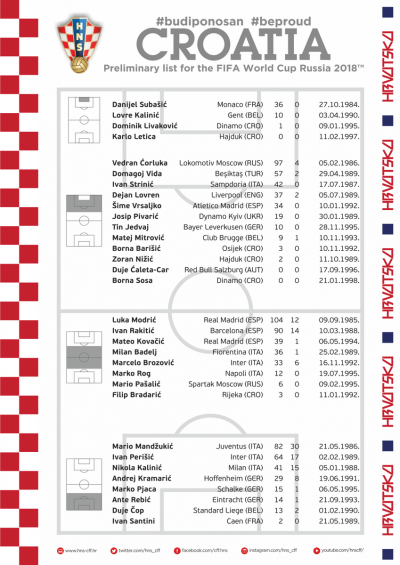