The home-based Super Eagles of Nigeria and Ghana’s locally-based Black Stars will rekindle the age-long rivalry between both countries when they square off in the final of the 2017 West Africa Football Union (WAFU) Cup of Nations in Cape Coast, Ghana on Sunday.

This will be the second time both countries will clash at this year’s WAFU Cup of Nations.

In the first meeting in their final Group A game, the home-based Eagles who needed an outright win to advance into the semifinals, triumphed 2-0 thanks to goals from Anthony Okpotu and Peter Eneji.

Ghana come into the final on the back of four wins and a loss. They pipped Gambia 1-0 in the knockout round before beating Guinea and Mali 2-0 and 1-0 respectively in their first two Group A games to qualify for the semi-finals with a game to spare (which was the 2-0 loss to the home-based Eagles). 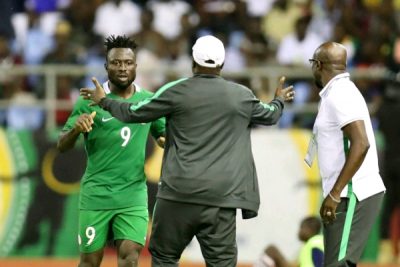 In the semi-final, Ghana defeated a spirited Niger Republic side to pick the final ticket.

The home-based Eagles, who are the only team yet to concede so far from the group stage, have three wins and two draws going into Sunday’s final.

Nigeria began the competition with a 2-0 win against Sierra Leone in the knockout phase.

In the group stage proper, they were held to 0-0 draws by Mali and Guinea before their last group game win against hosts Ghana.

And in the semifinal against 10-man Benin Republic, a lone strike from Kano Pillars’ midfielder Rabiu Ali was enough to seal a final berth.

Prior to their last Group A meeting which the home-based Eagles won, Ghana had won four of the last five encounters with Nigeria.

They defeated Nigeria 4-1 in an international friendly in 2007 in London before securing a 2-1 win in the quarter-finals of the 2008 Africa Cup of Nations which they hosted despite losing John Mensah to a red card.

Both teams met in the semi-final of the 2010 AFCON in Angola with an Asamoah Gyan header sending Ghana into the final.

In 2011, they faced each other in an international friendly in London which ended 0-0. And in the semi-final of the 2014 Africa Nations Championship (CHAN) in South Africa, a 10-man Ghana side went on to win 4-1 on penalties after regulation time ended 0-0.

Meanwhile, the final of the WAFU Cup of Nations will be preceded by the third-place match between Benin Republic and Niger Republic, also on Sunday.