Ahead of next weekend’s crucial FIFA 2018 World Cup qualifier between the Super Eagles of the Nigeria and Chipolopolo of Zambia, Completesportsnigeria.com’s JAMES AGBEREBI digs up some interesting facts concerning the two countries…

– SUPER EAGLES ARE UNBEATEN IN THEIR LAST SEVEN GAMES AGAINST ZAMBIA

The Super Eagles remain unbeaten in seven straight games against the Chipolopolo of Zambia.

The last time the Eagles lost to Zambia was a 2-0 defeat in an international friendly game in Lusaka in 1997. Since then the Eagles have recorded four wins and three draws.

After the loss in 1997, the Eagles met Zambia again just two days later in Kitwe in Zambia and held them to a 0-0 draw.

In the first leg of the qualifiers for the 2002 Africa Cup of Nations in Lagos in 2001, the Eagles won 1-0 thanks to Victor Agali’s goal.

The reverse fixture in Chingola ended 1-1 with Benedict Akwuegbu scoring Nigeria’s goal before an own goal by Isaac Okoronkwo drew Zambia level.

The 2010 AFCON in Angola saw the Super Eagles and Chipolopolo clash in the quarter-finals with the Eagles triumphing 5-4 on penalties after 120 minutes ended 0-0.

Both countries met in an international friendly game in Kaduna in 2011 which ended 2-0 in favour of the Eagles with the Uche brothers, Ikechukwu and Kalu, getting the goals.

In the 2013 AFCON hosted by South Africa the Eagles and Zambia were drawn in the same group. They played a 1-1 draw. Emmanuel Emenike gave the Eagles the lead before Kennedy Mweene equalised from the penalty spot.

And in their last meeting in the first leg of the FIFA 2018 World Cup qualifier in Ndola in 2016, Nigeria beat Zambia 2-1. 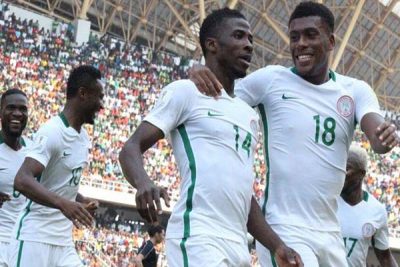 – NIGERIA HAVE NEVER LOST AT HOME TO ZAMBIA

In four previous home games against Zambia in Nigeria, the Eagles are yet to taste defeat, securing three wins and one draw.

Zambia’s next visit to Nigeria was in 1985 for the Egypt 1986 AFCON qualifiers which ended 0-0 in Lagos.

Both Nigeria and Zambia were drawn in the same group for the 2002 AFCON qualifiers. Also in the group were Namibia and Madagascar.

On matchday one, the Super Eagles played host to Chipolopolo and won 1-0 courtesy of Victor Agali’s lone strike.

And the last time both teams met in Nigeria was in a 2011 international friendly game in Kaduna which the Eagles won 2-0. 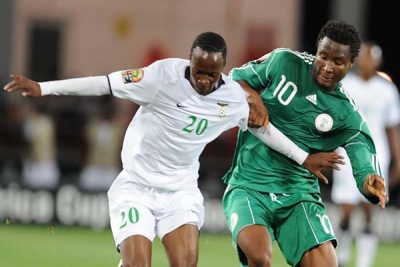 – NIGERIA HAVE NEVER HOSTED ZAMBIA IN A WORLD CUP QUALIFIER

– NIGERIA HAVE NEVER KNOCKED ZAMBIA OUT OF A QUALIFIER

Nigeria have met Zambia in senior qualifiers on three occasions but are yet to eliminate the Southern Africans.

In their first ever qualifying tie, Zambia knocked Nigeria out 7-4 on aggregate during qualification for the 1974 AFCON.

Zambia repeated the feat again against Nigeria when they ousted the Eagles from the race to the 1986 AFCON 1-0 on aggregate (first leg in Nigeria ended 0-0, second leg in Lusaka Zambia won 1-0).

The last time both teams faced each other was in the group stage of the 2002 AFCON qualifiers.

At the end of the qualifiers, both the Eagles and Zambia secured the two available tickets for the 2002 AFCON while Namibia and Madagascar crashed out. 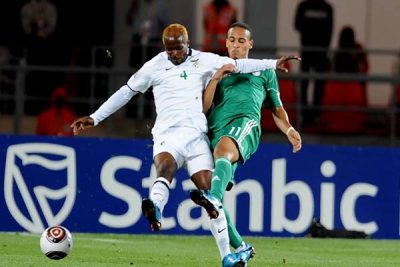 – ZAMBIA HAVE THE WIDEST MARGIN WIN IN ENCOUNTERS BETWEEN BOTH COUNTRIES

Zambia have inflicted the heaviest defeat on Nigeria since both countries have been squaring off against each other.

The defeat was a 5-1 win in Lusaka by Zambia in the 1974 AFCON qualifiers.

On their part, the Eagles’ biggest scoreline win against Zambia was 2-0 which was on two occasions, in the semi-final of the 1990 AFCON and the 2011 international friendly game.