Club Bruge had already claimed the title going into the final game of the campaign against KAA Gent on Sunday which they lost 1-0 at their home ground, Jan Breydel Stadium

Dennis, 20, came in as a substitute for Wesley Moraes in the 54th minute of the encounter.

Gent who also paraded Nigerian duo, Moses Simon and Anderson Esiti, finished in fourth position and
will compete in the Europa League next season

Dennis, a product of Kwara Football Academy took to Twitter to celebrate his side’s successful campaign. 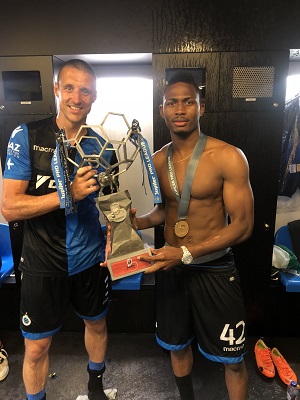 He only joined Brugge from Ukrainian club, Zorya Luhansk last summer after scoring six goals in 22 league appearances for the modest club.