Nigeria’s World Cup Opponents Argentina And Iceland Off To Russia Nigeria Group D opponents Argentina and Iceland have both travelled to Russia for the 2018 FIFA World Cup, Completesportsnigeria. com reports.

The Argentina Football Association posted a picture of some of the players on their official Twitter handle boarding a plane to Russia with a short message at the top.

“The Delegation @Argentina left for #Rusia. Start the dream! #SomosArgentina,” reads the tweet. 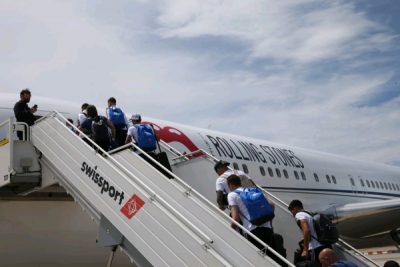 The La Albiceleste who have been perfecting strategy for the competition in Barcelona, Spain will face the Super Eagles in their final group game on June 24 in St Petersburg.

Similarly, Iceland Football Federation also posted a group picture of the 23 players who will representing the country in Russia with a shot at the top.

🇮🇸 We’re on our way ⁦@FIFAWorldCup⁩!,” the Federation tweeted on their official Twitter handle on Saturday.

The World Cup debutant will take on the Super Eagles in their second group game on June 20 in Volgograd.

Nigeria will also hit Yessentuki, their Russian base camp, on Monday.