The match was moved from Saturday following a heavy downpour which rendered the pitch of Rojenny Stadium unplayable. The home side took the lead five minutes after kickoff when Chinedu Nwosu converted a penalty kick. Chidozie Emmanuel drew level for Osun United before the halftime break after heading home from a corner kick via the near post. Nwosu again found the top roof from another penalty kick two minutes after the restart but when the home side were almost cruising home with victory, Tosin Omoyele drilled home an equaliser after goalkeeper Alonge of Nnewi United spilled a pullout onto the striker’s path. Nnewi United now have 32 points, dropping down the pecking order following the withdrawal of My People FC of Lagos. 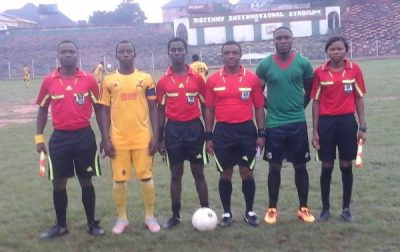 The Lagos team’s withdrawal from the second tier league forced the organisers of NNL to withdraw all points gained from all matches played against My People FC. All remaining games involving the Lagos side have been cancelled. There are only six games remaining before the end of the domestic second tier NNL season.