The second stanza of the 2017/2018 Nigeria Professional Football League will start on Sunday with leaders Lobi Stars looking to hold on to their position at the top of the log when they take on Sunshine Stars in Makurdi, reports Completesportsnigeria.com.

Solomon Ogbeide’s men who extended their unbeaten streak to five games following the 1-1 draw against same opponent last Sunday in Akure have seen their lead reduced from six to three points.

With their closest challengers, Kano Pillars and Niger Tornadoes facing tricky away trips to Owerri and Lagos where they will be up against Heartland and MFM respectively, the Makurdi side has another opportunity to cement their place at the top.

Pillars who defeated MFM FC 1-0 in a rescheduled match-day 15 encounter in midweek will be out to compound the woes of bottom club, Heartland at the Dan Anyiam Stadium, Owerri.

They beat the Naze Millionaires 2-0 in the reverse fixture with league top scorer, Junior Lokosa scoring both goals.

Lokosa who has now now bagged 16 goals this season will be hopeful of adding to his tally in the game. 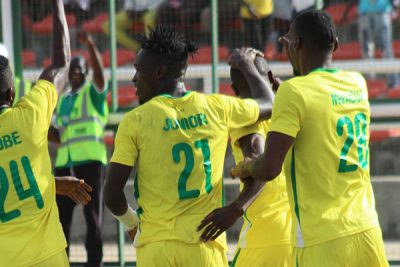 Third placed Niger Tornadoes’ nine-game unbeaten run will be challenged when they visit the ‘Soccer Temple’ in another match-day 20 game.

The Ikon-Allah boys have witnessed a remarkable turnaround since former Sokoto United gaffer, Hamza Abara took over from the sacked Erasmus Onu in February and are yet to lose a game under his tutelage.

In Port Harcourt, Rivers United will seek to avenge their 2-1 loss Abia Warriors last weekend when they entertain the Umuahia club at home, while Katsina United will be up against champions Plateau United at the Muhammadu Dikko Stadium.

Under pressure Go Round FC head coach, Ngozi Elechi will be desperate to see his side avoid defeat when they take on FC Ifeanyiubah in Nnewi on Sunday.

Elechi, who has been handed a three-match ultimatum by the management of the club steered the Omoku club to a 1-0 win against MFM FC in midweek, their first win in seven games. 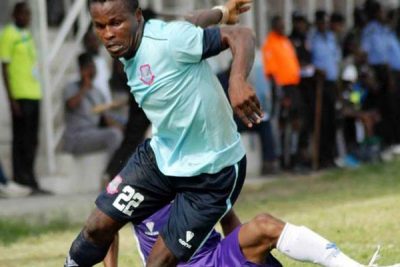 Kwara United and Yobe Desert Stars will do battle at the Ilorin Sports Complex.

Yobe Desert Stars have been slammed with a fine of N4.25m by the League Management Company for crowd troubles in the reverse fixture last Sunday.

Premier League: Lookman On Target, Aina, Iheanacho In Action As Fulham Claim Away Win At Leicester

Fury: Joshua Would Be My Easiest Opponent