By Adeboye Amosu: The stage is set for another midweek of exciting football actions as teams battle for points in the matchday-six fixtures of the NPFL, reports Completesportsnigeria.com.

In the biggest game of the matchday-six, four-time winners, Kano Pillars, will host champions Plateau United at the Sani Abacha Stadium.

Pillars have won their two home fixtures this season, while Plateau United have won one and lost one on their travels. 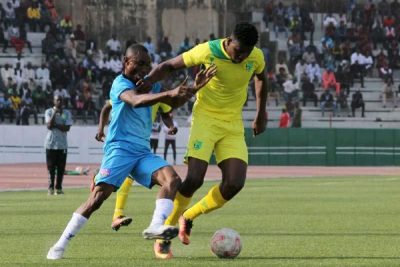 The Anambra Warriors have lost their last two games and will be boosted by the return of their top striker, Godwin Obaje, who has been declared fit for the game after missing the defeats against MFM FC and Wikki Tourists due to a knee injury.

In Calabar, Enyimba and Abia Warriors will slug it out in the oriental derby.

The People’s Elephant have picked just one win from five games and will be all out to get maximum points against their local rivals.

Former champions, Heartland, who are the only team yet to record a win this season will be up against Niger Tornadoes in Minna.

Tornadoes who started the season on a high with an away win against Kwara United have struggled lately. The Minna club are without a win from their last two games. They lost 2-1 to Akwa United in their last home fixture.

Enyimba and Abia Warriors will clash in the oriental derby at the UJ Esuene Stadium, Calabar.

The Peoples Elephant have won only once this season and will be desperate to get another win in the bag.

At the Agege Stadium, struggling MFM FC will host Wikki Tourists, while Yobe Desert Stars will do battle with Katsina United in Damaturu.

In Akure, Sunshine Stars will hope to continue their impressive run of form when they take on El-Kanemi Warriors.

The Owena Waves have lost once this season with two wins and two draws. 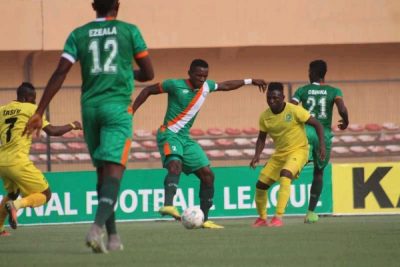 Bottom club, Kwara United, who have won once from five games will entertain Lobi Stars at the Kwara Sports Complex.

Two games will be decided on Thursday with Enugu Rangers and Rivers United going head to head at the Nnamdi Azikwe Stadium Enugu.

Home side, Go-Round FC will slug it out with Nasarawa United in the other game billed for Thursday.