By Adeboye Amosu: Plateau United will look to increase their lead at the top of Nigeria Professional Football League when they host MFM FC in their match day five fixture at the new Jos Stadium today (Saturday), reports Completesportsnigeria.com (CSN).

The champions sit at the top of the table with nine points, same as second placed Akwa United and will move three points clear of the Promise Keepers who will host Kwara United in Uyo on Sunday with a win against the Olukoya Boys.

MFM have lost their two away fixtures this season. 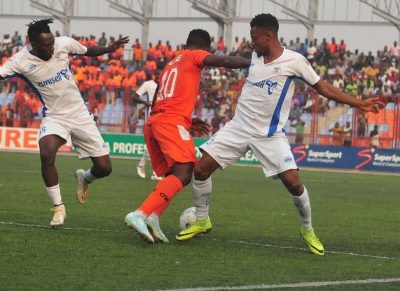 Enyimba have won only once in four games, while Rivers United have recorded two wins and two defeats from four games.

At the Godswill Akpabio international Stadium, Uyo, Akwa United have a chance to continue their push for a first NPFL title when they take on Kwara United.

Abdu Maikaba’s men recorded the only away win of matchday-four against Niger Tornadoes and look on course to secure maximum points against their struggling opponent who occupy last position in the table with one win and three defeats.

Former champions Heartland who are still in search of their first win of the campaign will host Yobe Desert Stars at the Dan Anyiam Stadium, Owerri, while Lobi Stars and Niger Tornadoes will clash in Makurdi.

Four-time champions Kano Pillars will unleash league top scorer Junior Lokosa on El-Kanemi Warriors when both teams clash in the all- northern affair in Maiduguri.

Lokosa has scored one goal each in all four games he has featured for the Sai Masu Gida this season and he will be the man they will look up to for goals in this clash.

In Umuahia, Abia Warriors who have impressed this season under Cameroon coach Emmanuel Deutsch will take on Sunshine Stars.

The hosts stunned champions Plateau United 1-0 in their last home fixture, while Sunshine Stars lost 2-0 to Nasarawa United in their last away game. 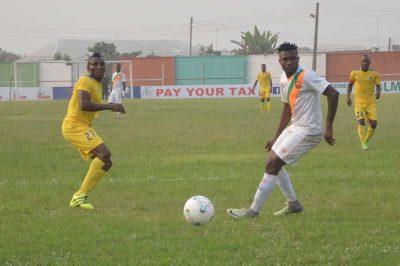 On Monday, Nasarawa United and Enugu Rangers will do battle at the Lafia City Stadium.