Nwakaeme also highlights the positive contribution of his international teammate, Ogenyi Onazi after he grabbed a brace for the side.

The striker who recently linked up with Trabzonspor from Israeli side, Hapoel Be’er Sheva caught the eye with his impressive performance in his first start for his new club.

Onazi opened scoring for the hosts in the third minute, while Nwakaeme’s two goals came in the 25th and third minutes of added time.

Galatasaray’s Nigerian forward, Henry Onyekuru played for 81 minutes in the game but contributed little after his side was reduced to 10-men following Younnes Belhanda dismissal on the half hour mark. 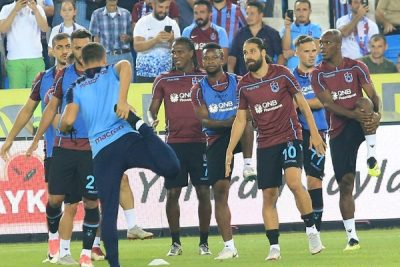 “All the goals were beautiful. They were not beautiful than each other. We knew it would be a tough match,” Nwakaeme told reporters after the game.

“When I saw the atmosphere in Trabzon, I was eager to get on the pitch. I have tried to adapt as fast as I can. Onazi has been very helpful to me.”