Odegbami: Domestic Nigerian Football – The Past And The Present! I am surely not making a deliberate comparison between the past and the present of domestic football in Nigeria. I am just telling a story.
Time was when football in Nigeria was top of the list of social engagements at weekends, when men and boys would throng football grounds to watch rival teams trade tackles.
Time was when football grounds were the Mecca of spiritual contests between hired marabouts, prophets and traditionalists engaged by clubs to compete for divine favour to determine the team that would win a football match.

Time was when grounds were filled to the brim with spectators singing and dancing to the drum beats of their vociferous supporters who would stop at nothing to ensure that their team won home matches, but accepted defeat when they lost. 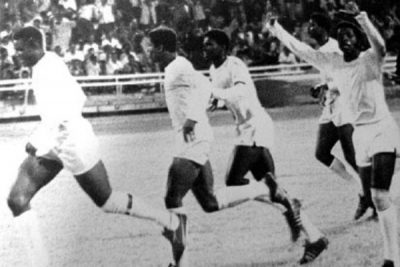 Time was when boys attempted to be men by ‘escaping’ from their boarding school hostels to climb or scale over stadium walls and illegally watched football matches.

Time was when ordinary folk would travel long distances across the country following their teams to away games fully aware of the consequences of attempting to raise their voices in the midst of ‘hostile’ fanatical home supporters. Yet they traveled there.

Time was when players would fight like sworn enemies on the field of play as if their lives depended on it, and in the evening after the battle has been won or lost the players would be seen mingling together in lounges and bars , peacefully celebrating the healthy friendly spirit that drives the game everywhere and makes it the most followed and most loved sport in the world. 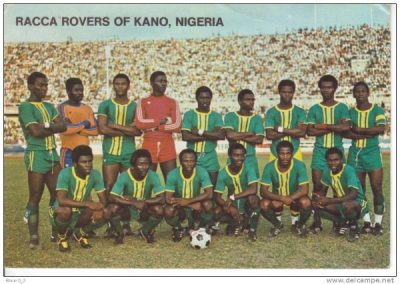 Time was when football grounds were ruled by super-star local players whose fame and reputations were irresistible magnets to the army of the football faithful and even the ordinary man on the streets.

Very easily, those clubs had the potentials to have metamorphosed into authentic professional football clubs had the world not suddenly changed, had football advancement not gone ballistic and had Nigeria not been left behind as a result of political interference in the domestic administration of the game, leaving the country wandering till now in a futile struggle to emerge from the dark ages of administration.

Time was when the national football team was populated one hundred percent by players from the domestic league. There was no awareness or any attraction for foreign clubs and emigration to foreign leagues.

Even when I was supposed to go for trials in England with Tottenham Hotspurs in 1981 at the height of my playing career, I went to London and spent all that time having fun. Domestic Nigerian football was an acceptable attractive option.

There were too many such incredible stories around Nigerian football in those days that evoke nostalgic memories of those times today.

But in truth, not everything was rosy. There were, of course, the occasional spats, corruption allegations, hooliganism and outbursts of violence, but these were few and far between, accepted then as inevitable by-products of a game that attracts uncommon passion and deep emotions.

Unfortunately, the once-great Nigerian clubs that could have provided the platform for growth and development of the game in the country to match growth in Europe and Asia have become shadows of what they once were.

Advancement in technology, high turnover of inexperienced administrators, mass exodus of the best players, the premature ‘death’ of some of Nigeria’s promising private clubs like Leventis United and Abiola Babes, all created a new football order that could not match new trends around the world and has left Nigerian football on a life-support system ever since.

To observe what is happening elsewhere in the world and to compare that with what is going on in Nigeria, clearly explains why almost 30 years into professional football in Nigeria, there is little to describe as truly professional in the general arrangement of the domestic game.

The huge supporter-ship of domestic football has disappeared, except in a few places like Kano and Aba. Spectators have thinned out to alarming levels. The stadium grounds are no longer social engagement centres as the terraces are now filled with empty spaces. Even the marabouts, and prophets and local juju men are no longer doing good business.

To add to all the above charges of corrupt practices across the entire spectrum of the game’s organization, is to stop to wonder why football within the country is no longer the great entertainment and national integration tool it once was.

These days, there are hardly any super star players to attract the huge numbers of spectators to the grounds. The stadia no longer reflect the friendliness of yore for the football faithful that have now shifted their loyalty and attention to bars, lounges and viewing centres all over the country to watch football and footballers from other lands.

That is the tragedy of domestic Nigerian football. Yet (can you believe it), in the midst of all poor advertisement, Nigeria has just been rated and declared as the country with the most passionate football followers in the world! 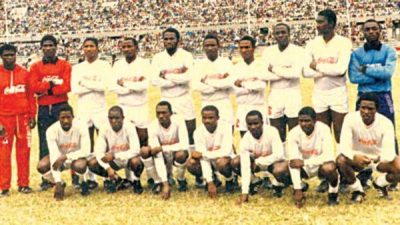 Although it all does not add up, the new pronouncement is a good sign for the future, an assurance that there is a life line left, that when properly harnessed the future of the domestic game in Nigeria can still be very bright. The most essential commodity, the people with passion for the game, is there.

I have just read the news that Stationery Stores Football Club of Lagos are back in the Professional Nigerian league. It was the first authentic mega club in Nigeria, even though its reign at the very top was relatively short.

The internal family feud between the successors to late Chief Israel Adebajo, truncated what could have been a model professional club in the whole of Africa.

The story of Rangers International Football Club of Enugu and Shooting Stars of Ibadan could make a block-buster movie.
Rangers rose from the debris of the Nigerian Civil War to lead the cause of the re-absorption of the Igbo into the mainstream of life in Nigeria. They were at their very best in the 1970s and 1980s.

Of course, the rise of Rangers created a reaction from other tribes and ethnic groups in the country. The challenge and the ensuing rivalry between the first team to draw blood from Rangers in 1970, Shooting Stars FC, birthed the greatest period in the history of domestic football in Nigeria.

From that Rangers challenge emerged the teams and the battles of the 1970s and 1980s that included IICC Shooting Stars of Ibadan, Bendel Insurance of Benin, Sharks of Port Harcourt, Rovers of Calabar, Alyufsalam Rocks of Ilorin, Wunti of Bauchi and Raccah Rovers of Kano, BCC Lions of Gboko, Mighty Jets of Jos, and so on. The teams rose to unprecedented heights of followership in football in the country. They represented huge sectional movements of the people in the environment within which they existed. 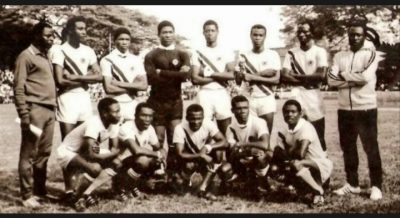 It has always been difficult identifying the root cause of the present state of things as compared to Nigeria been declared number one in the world in terms of passion.

Perhaps, in the answer to that interesting contradiction, that domestic Nigerian football is diminished in followership and patronage yet Nigerians are declared the most passionate followers of football in the world, lies Nigeria’s hope for a bright future.

What I know for sure is that Nigeria today presents a good example of how not to run a successful professional football league. Beyond that I am blank!