Odegbami: When Shall The Eagles Be Kings of Africa Again? The Super Eagles regained some respect in African football last weekend. They drew with Bafana Bafana in Johannesburg. They had lost in their first-leg encounter in Nigeria a long time ago.

Since the disappointment of not going beyond the first round (like all the other 4 African countries) at the Russia 2018 World Cup, the national team of Nigeria have not been the same.

Even amongst football analysts there is hardly any commonality in evaluation.

On The Sports Parliament, a most authoritative sports programme on Nigerian television even arriving at a consensus on how well the team would play was a huge challenge.

Whereas most of the parliamentarians predicted a landslide victory for the Super Eagles, I could easily see ‘patriotism’ and wishful thinking written all over their assertions. It was more the heart wishing than the head willing!

Their performance on the night left unanswered questions, still, about how strong the Super Eagles are post the Mikel Obi and Victor Moses era. Both players, retired from the national team after the World Cup. Although they are hardly missed, I was shocked to hear some football analysts suggest their recall for AFCON next year in the Cameroon!

How strong are the present Super Eagles? That’s the million Dollar question that no one seems able to answer right now.

Gernot Rohr is obviously still struggling to clearly define his team, to make it find its feet, to build a team structure and to regain the confidence of teeming supporters. His capability and competency are also under serious public scrutiny.

It is clear to everyone that the Super Eagles have not ‘arrived’ yet. Nigerians will have to wait for AFCON next year to know just how good the emerging new Super Eagles are.

It is just worth noting that no Nigerian player anywhere in the world is considered good enough to be listed even amongst the nominees for the BBC African Player of the year. That, indeed, says it all! 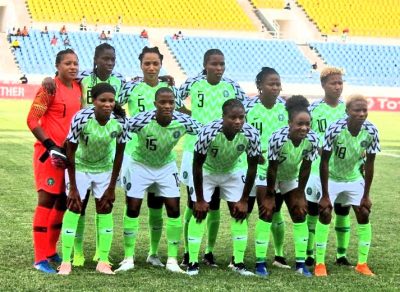 Nigerian football, generally, is in recession.

The women’s side of the game may not be faring better.

They may still win the ongoing African Women’s championship going on in Ghana, but their showing so far, with a first loss to Bayana Bayanaof South Africa, has not indicated that they could be back to the days when their stranglehold on Women’s football on the continent was total.

Odegbami: Liberty Stadium, Ibadan – A Metaphor For The South West!

Other teams have started to challenge them, particularly South Africa, Cameroon, and Ghana. Equatorial Guinea also did for a short while, using ‘boys’ to play their matches.

Despite best efforts the Nigerian domestic female league has not been churning out exceptionally gifted players at a rate that would ensure that Nigeria stays ahead of the rest in the continent.

Since the first-round defeat by South Africa, however, the Falcons have found their range again, won their last two matches convincingly, and restored some level of confidence in Nigerians.

Like the Super Eagles, Nigerians are watching to gauge how they will fare in the ongoing championship. It will take winning it for the Falcons to be considered best in Africa once again. 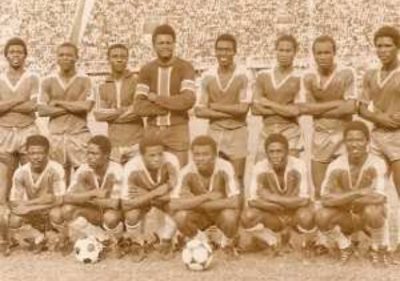 Following my last two write-ups these past three weeks on Shooting Stars FC and Rangers International FC, several readers have written to demand that I go back in time also to recall some of my experiences with Bendel Insurance FC of Benin.

I remember Bendel Insurance FC of my era mostly for two things.

The first is the atmosphere in Benin City every time we went to play – the massive crowds that were intimidated players, visiting supporters and even match officials, and the rains that almost always fell on match days to mess up the field and the game of visiting teams. Somehow, Bendel Insurance players had mastered playing under those conditions which they converted to big advantage. I hated playing on that turf even though I loved the city and its night life after matches.

I also recall the bare-chested juju men sitting over burning fire around the tennis courts area of Ogbe Stadium before matches. Why they openly did this still confuses me. Is it to frighten opposing teams, or were they needed to influence the result of the matches?

Either way, In Benin City, Bendel Insurance FC were invincible. Only Rangers International, somehow, and I do not know how they did it, managed to defeat once on that hallowed ground. We never did.

For us in Shooting Stars then, Bendel Insurance were just an irritant opposition and not real contenders for trophies. That is, until they came out of the shadows of both Rangers and Shooting in 1978 to mark their place forcefully in Nigerian football history.

Benin City had always produced great players and good teams. But their teams had never dominated the national football environment. Even when Insurance played and won that classic FA Cup final against Mighty Jets of Jos in 1971 at the Liberty Stadium, the replay of a nail-biting and controversial first match played at the Onikan Stadium in Lagos that ended inconclusively in the last seconds of the match, they could not hold on to dominate the national scene. Their best effort was dwarfed by the two Igbo and Yoruba teams, as they were kept away playing from the bigger competitions to vying for the WAFU championship limited to West Africa.

It was in 1978 that the team finally broke through and punctuated the monopoly of the two giants. How they did it, in great style, has become the stuff of folklore.

In the mid to late 1970s Nigeria’s profile in football was rising fast and from after the All Africa Games 1974, and the disastrous defeat by Zambia, the national team started to be shared between players from two teams from East and West of the Niger. The players were in camp preparing for the several epic football battles of that era – World Cup, Olympic games, All Africa games, African Cup of Nations.

By 1978, Rangers and Shooting provided, easily, 15 of the twenty-something players in the national camp. Bendel Insurance FC were in the shadows.

Then came the FA Cup semi-finals of that year and Shooting Stars FC were the first to taste the poison of Coach Alabi Essien’s led assembly. It was almost magical.

In a match that we had taken routinely for granted. Remember that Shooting Stars had 5 first team players in the national team that lined up against Insurance that unforgettable night in the main bowl of the National Stadium.

The match came and went in a flash like a bad dream.

We were in a trance.

Insurance came from nowhere and ran rings around us with their speed, energy and crisp passing in midfield, and a rampaging pair of twin strikers to finish upfront.

They dominated every inch of grass on the field that night. I walked back to my room after the match in the Eagles camp unsure what to make of what had just befallen one of strongest teams in the land.

We were endlessly taunted by my roommate Christian Chukwu, and the other Rangers players. They laughed and mocked those of us in the camp.

I knew that what had happened was not a fluke. It was a magical display executed to perfection by truly gifted players.

Oh, how I prayed they would have an encore in the final match against Rangers International. My prayers were answered.

In the finals of that year’s FA Cup, on a fantastic evening inside the main bowl of the National Stadium, Surulere, the gods took sides. Before a full house of some 60,000 spectators, plus millions watching at home on television, and even more listening on radio, Bendel Insurance FC of Benin, put up a masterclass performance of total football. Arguably, no team since then has played with such total control, confidence and composure. It was text book football.

It was so good to watch that the entire team except their captain were eventually invited to the national team!

Christian Chukwu, my friend, returned to our room after the match, head bowed in humble submission.

I could not hold back my laughter. The mocker had become the mocked!

Rangers were taught a lesson in humility.

Where are they now?

Felix Agbonifo, the captain of the side, the only one that did not play for the national team of Nigeria, passed on a few years ago.

Otherwise, the bulk of the team is still alive, many of them living in the United States of America. Some are still in Benin City salivating on the sweet memory of 1978 when they rose from the shadows to become deserved champions of Nigeria.