Nigeria has been to the FIFA World Cup 5 times in her history – 1994, 1998, 2002, 2010 and 2014.
I have been to every one of them, but never as a player.
That may be the most painful part of my football career that had everything great and beautiful in it, except that aspect of showcasing my talent before a global audience.
Probably, in order to compensate myself for that void that will never be filled again in my life, I  ensured, come rain or shine, that I went to all the World Cups involving the Nigerian national team since 1994, in one capacity or the other.
Before then however, my story with the World Cup was a catalogue of failures.
My World Cup Failures
Twice I was an integral part of Nigeria’s national team, the Green Eagles that got to the final hurdle of qualifying for the World Cup, when FIFA had only one slot for the entire continent but failed to cross it.
Both experiences have left very painful memories that will not go away 40 and 36 years after, respectively.
Argentina 1978
In 1977, the Green Eagleshad actually arrived at the gates of Argentina, with only Tunisia to play against on home ground (a hallowed ground where visiting teams were regularly ‘massacred’), to win that match and to become the first Nigerian national squad to go to the World Cup.
It was supposed to be a routine match until disaster struck and ‘Nigeria scored Nigeria’.
An unfortunate ‘own goal’ headed beyond the reach of his own goalkeeper, Emmanuel Okala, by most dependable defender, Godwin Odiye, sealed Nigeria’s fate.
Unfortunately, Godwin has had to live his life since that match with the ‘stigma’ of being responsible for Nigeria’s failure to qualify for her first World Cup experience.
Germany 1982
4 years later in 1981, Nigeria got a second chance to qualify and participate in the 1982 World Cup in Germany. I was the leader of that campaign as captain of the Green Eagles.
We had arrived once again at the final hurdles – a two-legged match against a team we had defeated less than a year before to win the Africa Cup of Nations on home ground for the first time in Nigeria’s history – Algeria.
This time again, administrators took things for granted. Instead of preparing the best team for the final series of matches, sentiments crept into the choice of players, and disaster struck again!
We lost scandalously by 2-0 on home soil, thoroughly beaten by a very good Algerian team that did not have the distractions that bedeviled Nigeria’s team, a series of last-minute interference by politicians into the composition of the team to reflect sectional, political and ethnic interests.
The second leg in Algeria became a formality. No one went to the AstroTurf of the National Stadium in Algiers and came away unscathed.
That’s how my dream of appearing as a player at the World Cup was truncated for the second and final time.
Following that fumbling by administrators who did not even share in the trauma that we suffered as a result, I left my role as a football player and embarked on a new life.
So ended by romance with the ambition to play at the World Cup. That pain subsists till now.
How African Football Was Rated At The Time.
In those days, African football was not considered a major force. Only one World Cup slot was allocated to the entire continent.
That’s why it was much more difficult to develop the domestic African game, to qualify for the World Cup, and to get any European national team to agree to play against African national teams.
Whereas the European and South American countries were categorized as Grade A teams, Africa and Asia were considered to be Grade B or even C.
The best that could happen was for them to play against a club side in Europe or South America. Even then, the very best clubs would never agree to play an African team. 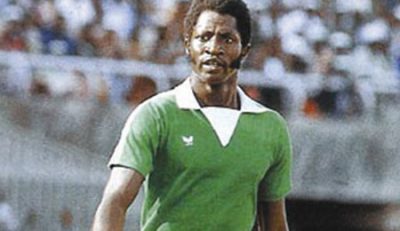 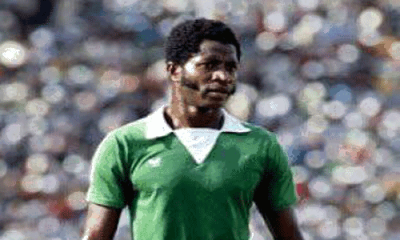 Brazil 2014
This may be my best World Cup visitation yet. I went as an independent reporter and as a partial guest of the Nigeria Football Federation. My journalistic responsibilities gave me unfettered access to every conceivable venue and event in the World Cup. I went everywhere, saw everything and met everyone. I watched matches from the best seats in the stadia, and had extra first-class tickets to offer several persons courtesy of Rotimi Pedro, whose intervention ensured that I had the best time of my World Cup experience in Brazil. I sometimes even went onto the field of play to make pre-match analysis.
The World Cup in Brazil was a very colourful festival of football, dance and music, reflected everywhere I turned for social engagements in Brazil.
Nigeria’s early exit from the championship was due to a little bit of ill- luck.
The Eagles were never really humiliated in any match. Their painful loss that saw them exit the championship was not because France were really better but because of some momentary lapses in concentration and inexperience. Otherwise Nigeria gave a good account of itself.
Brazil’s Humiliation – A Tonic For 2018!
The most memorable part of that 2014 World Cup was Brazil’s ouster from the championship at the semifinals in a humiliating loss to eventual winners, Germany.
Brazil conceded 7 goals in that embarrassing match, for the first and only time in their entire history.
As the 2018 edition beckons, many analysts are tipping them as favourites only for the reason that they have something to now prove to the world.
The only way they can regain their respect as the best football country in history, is to win the 2018 World Cup. And they might have to do it without their talismanic player, Neymar Junior, who has been injured and out of action for several months and may not be fit enough to contribute much, if at all, to how Brazil fares in 2018.
Russia 2018 Through My Eyes.
I am on my way to Russia.
On this page, I shall be looking at Super Eagles in the championship through my experienced eyes. Keep a date with me!
Copyright © 2020 Completesports.com All rights reserved. The information contained in Completesports.com may not be published, broadcast, rewritten, or redistributed without the prior written authority of Completesports.com. How I make $10,000 monthly in Online SALES? apply the *Social Media Marketing Strategy* and watch your account balance swell. Buy eBook NOW!!!