Odegbami: How Nelson Mandela Led Me To Discover The Power Of Sport That Can Transform Nigeria! On Monday, October 2, 2017, I shall be speaking at a public forum called The Platform organized by the Christian Covenant Centre, Iganmu, Lagos, on an issue that has been very close to my heart for decades.

On the surface, it is a subject that can easily be taken for granted because, as far as I can recall, Nigerians mouth it so often that it has become a clique. Every time there is a major football match involving the Super Eagles, or indeed, any one of the national football teams where the stakes are high, it is very easy to observe how a sporting event can influence mobilization and unification of a country riddled with differences and divisions, natural and self inflicted.

There have been times when the country’s political leaders, usually uninterested in the mundane things of governance, of which sport is a numero uno, have been known to go to the extent of even speaking directly to the players promising heaven and earth should they win, as part of the needed psychology to propel them to play well and win for the country.

On those occasions also, the entire country (differences forgotten or temporarily set aside) rallies round the players and demonstrates a united front that often reflects the huge potentials of Nigeria as a global super power in waiting or in the making. The song on every lip is how sport has united the country!

When a major victory is achieved, the government rolls out the red carpet, welcomes back its heroes, and rewards them lavishly. 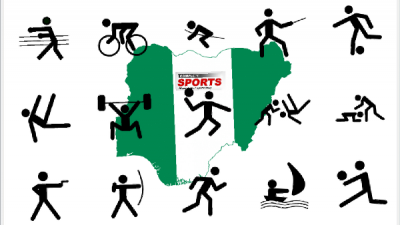 But that’s where it all ends – on the lips! That spontaneous unification is never sustained and, so, never becomes a permanent feature of the country.

Such times in sport where the team wins, come and go quickly, blown away by the wind of other pressing national challenges, with sport returning humbly to its former state of inertia and little appreciation of what it can contribute beyond its irritating distraction for leaders, when there are no major football matches to be played and the passion of the people wakes them up once again to another round of repeating the ritual of the clique!

But wait a minute. It is this same irritant distraction that one of the most respected and revered humans in history, late Nelson Mandela, in 1995, described in a proclamation that is now cast in marble in the museum of great speeches, as having the power to change the world!

What did Mandela see and what did he experience to make him say: ‘Sport has the power to change the world’?

That is a monumental statement that resonates with my spirit.

So, just for emphasis, let me repeat the obvious fact that Nigerians already know about the power of sports to unite the country. The fact is that they do nothing with this fundamental knowledge beyond the euphoric celebrations after a victory. 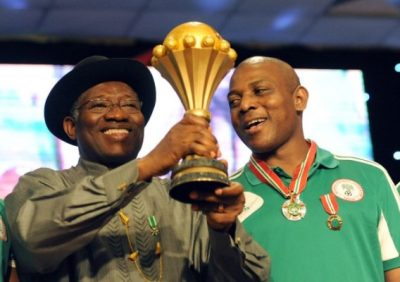 They simply return to their ‘vomit’, those existing natural or even self-inflicted differences that are involuntarily set aside in the heat, passion and excitement of competition – tribal, ideological, religious, political, and even economic – only to go back to them after and halt the flow of the elixir of patriotism, progress and development that unity brings.

Throughout my playing days as a football player, I experienced this powerful spirit of patriotism, I rode on its back to derive the motivation to go out and ‘fight’ for my club and my country. It was the tonic that fueled my spirit through 14 years of a hard and grueling period that tested the limits of my physical and even spiritual capacity to endure the pain of endless training, the brutality of physical and mental combats during competitions, the extreme discipline required to become the best, the ability to accept failure after failure as an essential part of the prospect of a few successes, the regimented lifestyle, the long boring periods away from home, from friends and family, the day after day, week after week dangers from accident or injuries that one faces, and so on and so forth.

It was not an easy life, yet every young boy and girl yearns for it because of the perceived life in a paradise, one of celebrity, fame and fortune.

The reality is that only a very few ever get to taste of that kind of life. The vast majority fall by the way side and have to find a way for the rest of their lives to survive the excruciatingly difficult life beyond sport!

For the 14 years of my football career, I was one of the lucky few that tasted life in the paradise of active sports.

That period, as I found out, comes fast and ends quickly, giving way to another world and life with a different set of rules of engagement. It is in this new world that the power of sport really comes into being.

Everything starts anyway with the power of sport to unite people and build bridges across human divides. Although every one may appreciate it, only a few have used it to discover its potency beyond the lip-service, unity mantra that we sing in Nigeria.

Nelson Mandela did. He applied it and was bitten by the bug of its power. That’s why he could declare that sport has the power to change the world! His own ‘baptism’ is interesting.

Two years after he became President of South Africa, the country was still riddled with racial hatred between white people and the rest (Blacks and coloured). In 1995 South Africa was to host the first World Cup of Rugby, a sport predominantly played by South African Whites.

The first black President of South Africa had come surprisingly to watch the match between South Africa and New Zealand, to the consternation of the mostly White audience that filled the 55,000 capacity stadium like sardines in a can, plus millions watching on television all over the country.

When Mandela walked into the jam-packed arena, he was wearing the green and yellow jersey of the Springboks (a taboo amongst Blacks), the official name of the national all-White Rugby team. 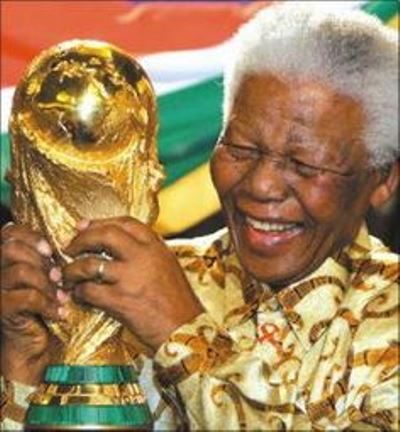 The calabash of divisions and differences in race, religion, status, and geography was broken on that day. That became the first small, but giant step in the long march to a unified South Africa.

The impact of Mandela’s action was instantaneous and sustained throughout the country, and the words he expressed after that event have become a reminder to the rest of the world that sport, indeed, has the power to transform nations, to unite divided societies and different races, to bridge political, religious and political divides, to catalyse and accelerate national development agenda, to rid the world of hunger, poverty, disease, illiteracy and to engage and empower millions of the world’s youths!

Unlike Mandela that discovered the potency of sport in one act of divine inspiration, I have been slowly but steadily inducted into that new ‘world’ for the 33 years since my playing career ended in 1984.

That’s why I was audacious enough to tell Pastor Poju Oyemade, that ‘Sport has the power to transform Nigeria’. So, he invited me to share my story.

On Monday in Lagos, at the Covenant Christian Centre I will attempt to do so, by taking the audience through my odyssey.