Odegbami: One Gold, Two Silver Medals At Youth Olympics – a Test Of Our Credibility! They returned with 3 medals – One Gold and two Silver medals.

I join all Nigerians in commending the young athletes as they provide a glimpse into Nigeria’s future in sport. That is how it should be.

But then, there is a dark cloud hanging over this relative success.

Going to the Olympics is a big deal.

When I was very young I never thought that those that went to the Olympic games were human. As far as those of us distant from the reality of sports at a high level in the hinterland of Nigeria, they were ‘gods’.

So, even when I went to my first Olympics in 1976, I was in such a daze, a state of disbelief and excitement. It went in a blur – very quickly like a candle in the wind, compounded by the Olympic boycott of the games by most African countries.

But that was even for a football player for whom the Olympics were secondary to the FIFA World Cup. You can, imagine how those in other sports where the Olympics were the pinnacle of athletic achievement and performance.

Every achievement of Nigeria, although still small in the Olympic firmament, have been well earned and well deserved. What have been obvious all the time have been the country’s potentials and the dream-possibilities should the country get its act together.

Very easily most people know that Nigeria has always had the human capacity to rank amongst the best in some sports in the world, particularly the sprints, jumps, power and lifting events. Nigeria could have surpassed Jamaica in the sprints and jumps, and overtaken Eastern European countries like Bulgaria and Romania in weightlifting and even wrestling.

The country also has a natural proficiency in a few other technical sports. The basic ingredients to excel at those physical activities are inherent in the DNA of Nigerians.

Lack of proper developmental structures and systems, a deficit in quality administration, plus the virus of ‘corruption’ that has eaten deep into the fabric of the country itself, and in sports through dishonest and shortsighted practices that include falsification of documents and age reduction of athletes for short term gains, have grounded all the wheels of progress in Nigerian sports.

A few days ago, Nigeria celebrated a Gold medalist at the Youth Olympics, an event instituted to help particularly third world countries with early discovery and exposure to international sports at the highest levels of competition within an age bracket. At 17, the girl, still in secondary school in the Abuja environment, became Nigeria’s best advert during the games. The world is likely to see her make history and become a formidable force in global sprinting through the next 15 years.

The same may not be said of another young ‘achiever’ at the same games. Although he won a Silver medal, there is a huge question mark about his person, one that leaves a sour taste in the mouth if true.

The young man is a 400-level undergraduate in a Nigerian university.

How can a man spending his fourth year in a university still be under 18 years of age in Nigeria?

His may be a continuation of a practice that has hurt more than benefited Nigerian sport for decades. Cheating has been the greatest hindrance to authentic sports development in the country. Athletes take the short cut to ‘success’ by cutting down their ages to compete against boys, denying true youngsters the opportunities to compete, excelling at that level, but never rising above that plateau of that achievement for the rest of their lives in sport.

Ultimately, the country and sports suffer.

In such a clime, the young never grow.

Despite the strident and endless calls for an end to the cankerworm of cheating and age falsification, it still remains and persists rendering Nigerian sport a part of the global reputation of a country regarded by international institutions as one of the most corrupt in the world.

For this reason, it has become very hard to celebrate Nigeria’s three medals from the World Youth Olympics,

The young male sprinter, a student athlete, may still do well in international sport. He may actually become a future great athlete, but until he proves the authenticity of his present claim to fame, a dangerous doubt may hang around his neck like an Albatross for the rest of his life.

Once again, I congratulate all the Nigerian athletes. I wish them all well into their future challenges.

At the same time, I lament the decadence, still seemingly alive and killing Nigerian sports. 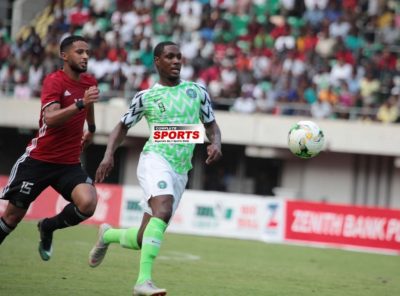 I Doff My Hat To Ighalo!

It is no mean feat for any player anywhere in the world to score 5 goals in two international matches, or even 6 goals in 3 matches at any level.

With that feat, he is fast on the heels of Rashidi Yekini and yours truly at the top of the highest goal scorers chart in the history of the Nigerian national team.

His recent haul of goals is even more remarkable because most people had written him off after his poor outing at the 2018 World and his movement to China, the final resting place of ageing football players from Europe.

Ighalo’s third goal against Libya was classic. It underlines a new level of confidence, plus the ‘hunting’ instincts of the man with very deadly weapons in front of goal. He body swerved an entire Libyan defense before calmly slotting in a goal that reminded everyone of Kanu Nwankwo’s feats at his best in Arsenal.

Should he sustain this hunger, passion, confidence and nose for being at the right place at the right time, he would surely retain his new place as the country’s most dependable goal scorer despite his ageing years and playing in a less competitive league in China in the twilight of his playing career.

I doff my hat to him. 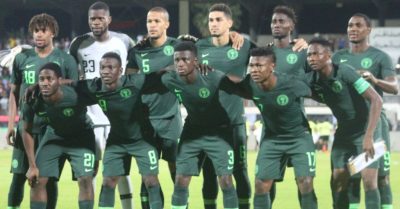 A great team is one which manages to win difficult matches without playing well.

That’s exactly what the Super Eaglesdid in Sfax earlier this week when they played against Libya for the second time in 5 days.

The team controlled the match, played well and scored twice in the first half.

Then came the second half and the team lost direction and strategy. Coach Genrot Rohr was blank of ideas about what to do. So, he did nothing until the Libyans equalized after exposing glaring weaknesses in the Nigerian midfield and defense.

With their backs against the wall and a defeat looming, the Eagles dug deep, and in one moment of magic and calmness in front of goal, Ighalo made all the difference with his classic third goal that deflated the Libyans completely.

The Eagles did well by coming back to win a difficult match.

I believe that victory provides the best evidence that the team will be ready and be one of the favourites to win AFCON 2019 in the Cameroons.

The Bafana Bafana, their next group opponents, a team that could not beat Seychelles in their last encounter, are Nigeria’s last opponents in the qualifying matches.

All the Eagles need to do is survive the match and they would be on their way to the Nations Cup next year.

But beyond that, they have a massive score to settle with the South Africans – they must avenge their humiliating defeat at home in Uyo to the Bafana Bafana.

Indeed, to defeat South Africa is a task that must be done. After this past week, I now believe they can do it.