Odegbami: Super Eagles – The Burden And the Hope Of The Black Race The Super Eagles of Nigeria are much more than the national team of Nigeria. They are the hope of the Black race in a world dominated by others and where, as a human specie, despite the centuries of struggles, they are still largely considered second class.

This is a very difficult subject to go into but as the World Cup beckons, I simply must do this to serve as a reminder to us that football is much more than life or death.

To start with, I thank the Super Eagles for lifting the spirits of all Nigerians, with their superlative performances that came straight out of wonderland in the past one week against Cameroun.

In retrospect, I was very wise last weekend in this column not to have stuck out my neck and predicted that the Super Eagles would run rings around the Indomitable Lions simply because I wanted to be patriotic, or wanted to be, as I had always been, a recklessly unrepentant optimist whenever the issue is the national team of Nigeria playing against any other team in the world.

I love Nigeria with all my heart, and I believe that it will not be too long before Nigerians would realize the incredible natural gifts and opportunities that life has lavishly bestowed on their country and on them, and use them one day soon to make a bold statement about the Black race in an age when the subject of race has resurrected even in the most advanced culture of the World.

The exit of Barrack Obama and the entry of Donald Trump as President of the United States of America have brought to the front burner of civilization once again the once-thought-to-be-settled matter of the place of the Black race in the scheme of humanity.

Being a Black man in the world today attracts huge psychological and physical depressions and challenges. Nigeria, with the largest concentration of Black people in the world, carries the greatest burden and responsibility in the emancipation struggle. 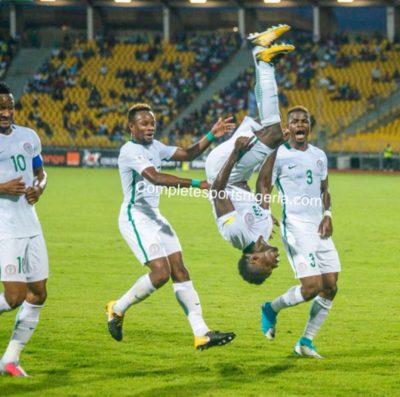 Every four years Nigeria is presented to the world as the Super Eagles through an innocuous game of football that sets the best countries against each other in the most followed and most lucrative competitive engagement in history – the World Cup.

Inadvertently, the Super Eagles, as well as any other Black country (particularly African), become the embodiment of the struggle for equality and the hope of a truly egalitarian world where Black, Brown, White and so on, are equal.

The World Cup presents a unique platform because its playing field is level and has no consideration for colour, religion, or status.

Nigeria has the crucial responsibility to represent the best version of the Black race, being the most populated and one of the richest Black countries in the world. Its contribution to the number of persons forcefully taken from Africa as slaves to build the Western world may be one of the highest. Its success story, therefore, in any field will impact the entire Black race everywhere.

Even those that now represent the ‘best’ and most successful version of the Black specie in the world today, the same ones that have made America their home but really have their origins in Africa, the same ones that had to fight to shed their cloak of slavery and adorn new garments of freedom, still look towards the ‘homeland’ (that includes Nigeria) for inspiration, wishing there are accomplishments and global success stories to show that would reduce and, one day, bring to an end the unwritten burden of being regarded as an inferior race. It is a silent but real burden.

That’s why during the greatest sporting contests in the world, particularly the football World Cup that is watched by the largest single audience of any activity, for Nigeria to feature prominently is very important, because it carries the hopes of millions of Black people around the world on its shoulder.

It is a burden and responsibility that are never spoken about but are known as deep facts of life.

Now lets think about this.
In what other sphere of life is the Black man, or a Black country, acknowledged as one of the best in the world outside sport?

That’s why going to the World Cup should not just be to add up to the number of participants, but to challenge to be the best and claim something in this world so cleverly scripted never to favour the Black person if the situation can be helped.

So, winning the World Cup for a Black African country is more than just a game. It is war to be won for the emancipation a human race.

Only very few Black countries have used physical achievements in sports to drive temporal mental emancipation – Kenya, Ethiopia, Jamaica, to mention a few. But these are small countries compared to what Nigeria represents with its size, its population and its resources.

That’s why it is not enough for Nigeria to struggle and hope to qualify for the World Cup every four years. Qualification must be considered and pursued as a ‘birthright’. Nigeria should always be one of the Black and African countries to go to the World Cup and one day win it. 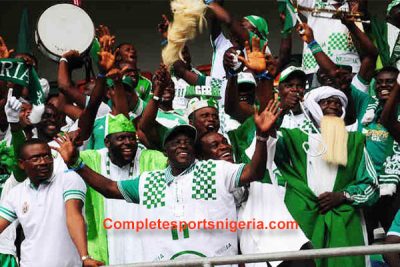 Can you imagine what will happen should a Black African country win the most coveted prize in the world of sport?

That country and Blacks all over the world will never remain the same again. That success will reinforce what Usain Bolt, Mo Farah, and a host of other Black athletes have been doing in terms of gaining respect and making a statement that is reverberating throughout the world!

Take Brazil. It is not a Black country but it has a large population of descendants of Africans shipped there as slaves with many of them from South West Nigeria.

Since winning the World Cup in 1958, Brazil, a Third World country at the time, has become the most successful country in the game of football as well as one of the fastest developing countries in the world.

Football is the country’s face. Several of the best players are Blacks! The country has benefited tremendously. So has the economy and Black people in particular from the game of football.

So, to go to the World Cup is an opportunity to re-package the image of Nigeria and, by extension, that of the Black race on earth. Winning it will fulfill an ultimate dream that will speak louder than anything else in the world today, about respect and recognition for the Black man.

Russia 2018 presents a great opportunity for Nigeria to lead other Black countries into the field of dreams. It is a real burden that the country carries and that’s why to some of us the country must make it a ‘birthright’ to be, like Brazil, at every World Cup! 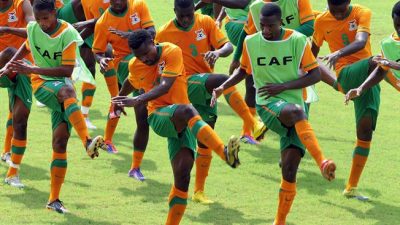 Why Zambia Must Fall.

So far, in the Group B World Cup 2018 qualifiers, Nigeria leads very comfortably. With two matches more to play, Nigeria needs to defeat one of the two remaining teams.

One of them, Zambia, has already been defeated on their home ground by a Nigerian team that is not anywhere near as strong as the present team that has handed down one of the biggest defeats to one of Africa’s most respected and strongest national teams, current African champions, the Indomitable Lions of Cameroon, a team dreaded by most opponents in the world for their bruising physicality.

So, Zambia’s Chipolopolo must fall here in Nigeria.
They are the last hurdle to cross!