This is the closing chapter of my 2018 World Cup report. It encapsulates my unique experience.

As is wont every 4 years I look at the World Cup through a special lens, the product of all my years covering the greatest event in the world since 1994 when Nigeria first qualified to participate.

It is the same feeling since then when I am about to script the final lines of the last page.

Nostalgia of the past one month, of a genuine feast of football and friendship, flood my mind in pictures that want to linger forever.

Then, I start to wish either for the World Cup not to end, or for it to be repeated all over again.

Neither wish sustains beyond that fleeting moment. Reality dawns as the celebrations end and the world returns to its chaotic ways of wars and conflicts.

There is no comparable human activity that commands the same level of power as the World Cup and ‘the beautiful game’. 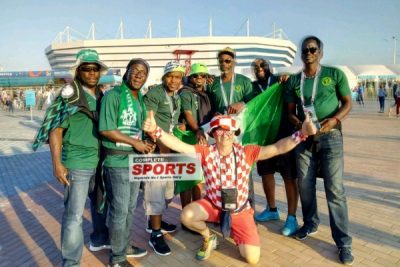 There is simply no other human activity that attracts that same kind of equalization, passion, followership, emotions and sentiments in the world. None!

I do not have the final figures yet, but, conservatively, one million strangers from all corners of the earth visited a country most of them believed is hostile (even evil), unfriendly, despotic, racist and brutal in its attitude to the rest of the world.

People went to the same Russia drawn by the irresistible power of a game that once again demonstrated its awesome but largely underutilized power to drive any agenda on earth – political, economic, cultural, diplomatic, social, etc.

That’s why the Russians had to do with the World Cup what nothing else could have done as well by going to every conceivable length to host and organize the 2018 championship with the clear intent that the world will see a different and new Russia. They succeeded!

It is debatable now, but several authorities on the World Cup are already singing the praises of the host nation to high heavens, and describing the event as the best organized World Cup in history, mainly because of the magnitude of the ‘mountains’ Russia had to climb to change the world’s perception about the country.

Last weekend, when the final matches were being played it was a summation of a month-long experience of a nearly flawless organization of a football spectacular – friendly, smooth and entertaining.

Despite the huge distances between match venues and the massive number of visiting crowds, supporters of teams traversed the entire country and filled every stadium with colour and voices without any hitch or hindrance.

In my quick thinking, having had a previous experience of Russia some thirty-eight years ago, the country now is a totally different place.

This World Cup was designed to reflect that new Russia – a friendly people, a safe environment, a country open to all visitors, with the facilities, sites, sounds and infrastructure to make Russia a new and attractive destination.

Russia is a perfect picture-finish of functionality, where everything works, where everyone wears a permanent smile on the face, where nothing goes wrong.

The cities are clean, the roads are wide, the traffic lights work, the trains run on time, the shops are like any shops in the western world, and football venues are state-of-the-art and very spectator–friendly with very lean visible and intimidating security.

Unlike in 1980, after the Moscow Olympic Games, this time many people, including yours truly, left the country with the promise to come back on a private visit.

For now, for the Russians, the 2018 World Cup is a mission accomplished. 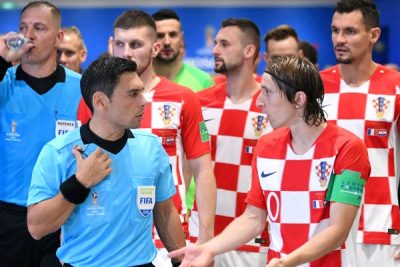 The organization of the World Cup aside, the football was also fantastic.

The enduring pictures are of great moments of drama, shocks, surprises, innovations, and the birth of new players and football nations. These are now on the front burner of public discourse.

Most participating countries have one dramatic story to tell or the other.

Football, being no respecter of nations or people, just opened its chest of unpredictability.

‘Expert’ analysts were humbled, made to eat their predictions as lunch. Giant teams fell just as ‘minnows’ climbed up the rungs.

The final match between France and Croatia captured the essence of the 2018 edition – it is different!

New faces mounted the rostrum to the individual prizes; none of the pre-World Cup favourite teams came even near the podium; both the winner and the loser on the final night celebrated as if they had both won; the heavens even had a cameo role to play, when showers of rain came pouring down in torrents during the awards of medals and the glittering trophy.

The world welcomed a new football ‘superstar’ in the beautiful President of Croatia whose bear-hugs of her sweat-soaked players in their dressing room and after the match have now become a legacy of the World Cup.

The matches were full of drama from June 14 to the final match on July 15.

There were hardly any dull moments as giant teams fell one after the other like dominos.

The football had everything and more – drama, disaster, suspense, controversies, great goals, great plays, and the preponderance of Black African players in the best team in the championship.

Interestingly, the world did not miss absence, at the final stages, of the most gifted and celebrated players on the planet – Neymar, Ronaldo, Messi, Iniesta, Suarez and more. 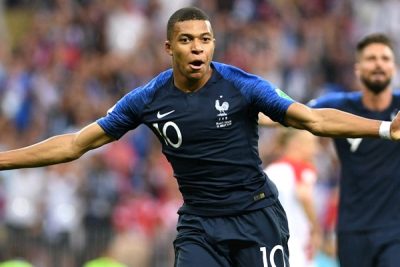 Instead it welcomed the arrival of Mbappe, in particular, to the apex of football.

None of the teams favoured by pundits to lift the trophy were also at the finish line – Germany, Italy, Argentina, Spain and Brazil.

That’s where the ‘beauty’ of the game of football lies.

So, into the future, I can already see glimpses of the birth of a new era and a new generation of players and national teams that will dominate the next decade of football in the world.

France were the best team at the World Cup.

The surprise team were Croatia.

Belgium, with their usual Star-studded team, under- performed again and let their fans down.

England put up a fairly good show, but surely were underserving of the trophy.

Uruguay, Colombia, and Mexico provided great and stiff opposition to make the winners.

The African teams just made up the numbers attending. 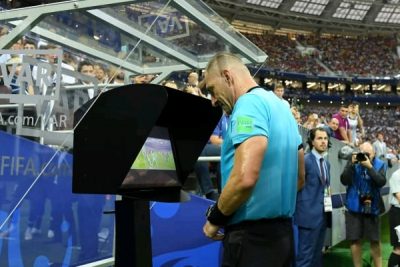 The issue of the use of VAR will continue to be debated.

France provided consolation of some sort for Africa.

14 members of the French squad that became world champions are of African descent. It is an indication that Africa has the quality of players that can win the World Cup one day soon.

Such romantic thoughts were flying around the internet when, two days ago, enthusiasm and spirits became dampened by a posting that has since gone viral of the reaction of a French Journalist.

“The same team would be given to an African country, it would not even pass the first phase; the money for the preparations would be diverted, the delegation filled with mistresses and parents for tourism, the psychological trainers replaced by pastors and parents, fetishists, cooks and masseurs without experience, the doctor chosen by affinity with the Minister..this team has nothing to do with Africa, the colour is not enough, Long live France and Bravo”

Food for plenty of thought.

But still, my prediction is that in 2030 Africa shall host the World Cup again. It will be a West African World Cup hosted by 5 countries led by Nigeria.

One of Senegal, Ghana, Cote D’Ivoire, Cameroon or Nigeria will win that championship and create a new history. 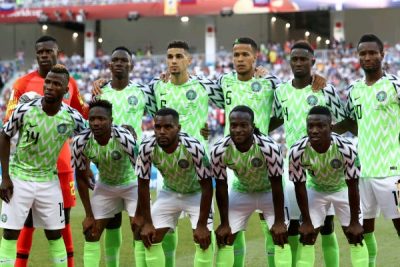 Super Eagles and the World Cup

There is little to say about the African giants. The peace and tranquility that pervaded the Super Eagles pre-World Cup has evaporated in a plume of crisis and controversy.

The country’s football has returned to its usual post-World Cup turmoil.

The situation is so bad that even now the country has not officially welcomed back its heroes.

I choose to keep only beautiful thoughts on my mind. I thank Bet9Ja and all the followers of this column for their loyalty. Catch you all in 4 years’ time in Qatar!