Barak Bakhar’s men moved closer to winning the title with a comfortable 4-1 win against their hosts.

Beitar Jerusalem scored first through Ben Ezra in the 22nd minute but the visitors rallied back with four goals in the second half.

Ben Sahar took the game beyond the home team with another goal in the 64th minute. 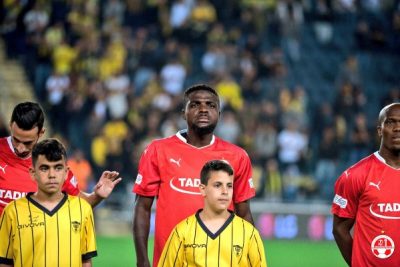 Ogu, who received a yellow card in the game seven minutes from time, has made 27 league appearances for Be’er Sheva this season and has scored three times.

Hapoel Be’er Sheva sit at the top of the table with 74 points from 33 points, while Beitar have 66 points from same number of matches.