At a grand reception held in honour of the back-to-back champions at the Success Attitude Development Centre in Lagos, Group Managing Director of CCL, Alhaji Mumini Alao presented the giant trophy to Dr. Ojeagbase in the presence of other members of the Executive Management Team of the company, Vice Chairman, Pastor (Mrs.) Esther Ojeagbase and Chief Operating Officer, Mrs. Lydia Oyekanmi. 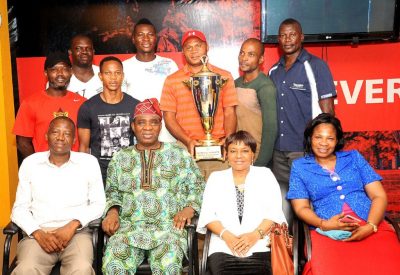 Dr. Ojeagbase, while receiving the trophy, praised the members of the team for being a good ambassador of the company and commended their doggedness in winning the Lagos SWAN Cup for the second year running. He then charged them to always imbibe the spirit of champions which has stood the company out from inception as the pioneer of sports publishing in Nigeria.

“I am very proud of your achievement of winning the trophy twice in a row and also for representing the company well as good ambassadors,” the CCL chairman remarked.

“We are champions. And we will always be if we continue to imbibe the spirit of champions. That never-say-die attitude which has been the hallmark of the company from the beginning has brought us this far. And by God’s grace, it will continue to help us excel on every front.” 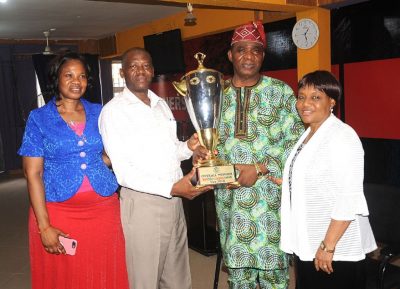 Dr. Ojeagbase then gave a personal donation of one hundred thousand naira as gift to the winning team in appreciation of their efforts and the gesture was greatly appreciated by the players and all present as they gave a resounding applause.

In his own remarks, captain of the team, Julius Ojeagbase thanked the Executive Management Team for hosting the team and for always supporting the team.

According to him, the secret of the team’s success lies in the unity amongst the players as well as discipline and focus.

“On behalf of the team, I thank the Executive Management Team for hosting the team, as well as the donation from the Chairman. The EMT has always given us their support and we can only reciprocate by continually giving our very best,” the captain stated. 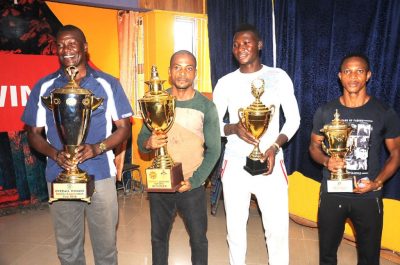 “As a team, we have unity and continuity going for us. Then commitment, focus and discipline has been the secret winning formula which has helped us to retain the title. We hope, by God’s grace, to continue winning many more titles in the years to come.”

Also present at the reception were top managers in CCL including the Editor of Complete Sports Dare Esan; deputy Editor Oladimeji Loko; deputy editor Kazeem Tijani and other departmental heads. 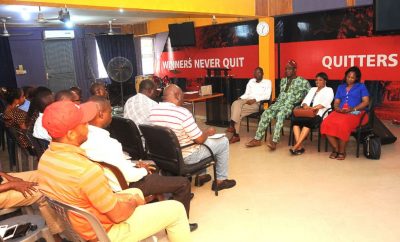 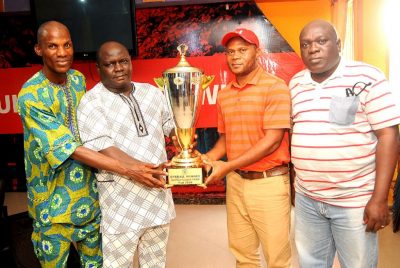