Didier Deschamps’ men beat Croatia 4-2 in the final match on Sunday at the Luzhniki Stadium Moscow.

It was France’s second World Cup title following their successful campaign on home soil in 1998.

A Mario Mandzukic’s own goal and three other strikes by Antoine Griezmann, Paul Pogba and Kylian Mbappe gave France victory in the game. 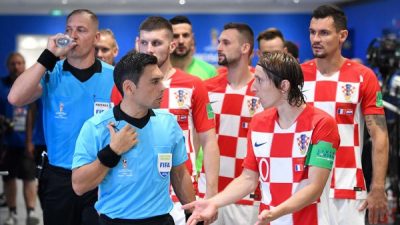 Oliseh also spared a word for Croatia who defied the odds to make it to the final.