Zinedine Zidane’s men took a giant stride towards a third consecutive appearance in the Champions League final after coming back from a goal down to beat their hosts 2-1.

The Spanish giants were second best for much of the first half after Bayern took the lead through Joshua Kimmich, but the hosts could not build on that advantage despite creating a number of clear chances.

Brazilian left-back Marcelo equalised against the run of play just before half time, while substitute Marco Asensio got the winner in the second half. 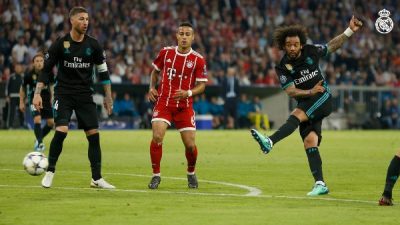 “Though at times looked lucky, Real Madrid showed that they are Great at handling Champions league moments better than most. S. Ramos is a “rock” many would love to hate but, believe me, Bayern Munich still have a lot to say. Can’t wait for Tuesday,” the former Ajax Amsterdam and Juventus midfielder tweeted after the game.

The second leg will take place next week Tuesday at the Santiago Bernabeu.