Ahead of Saturday’s draw for the 2019 FIFA Women’s World Cup in France, Super Falcons goalkeeper, Tochukwu Oluehi, insists the African champions will be ready to face the best teams in the World at next year’s finals, Completesportsnigeria.com reports.

The Nigerian Ladies emerged African champions for a record ninth time at the recently concluded African Women’s Nations Cup in Ghana edging out the Banyana Banyana of South Africa 4-3 on penalties in the final. 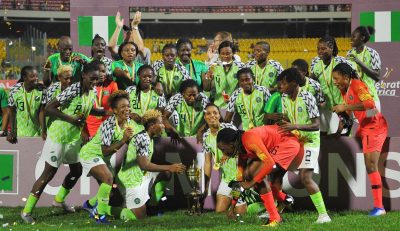 The West Africans are one of the seven teams who have played at each single edition of the Women’s World Cup finals.

For the 2019 FIFA Women’s World Cup draw, the Super Falcons are placed in Pot 4. The other teams in the same pot are Argentina, Chile, Cameroon, South Africa and Jamaica. 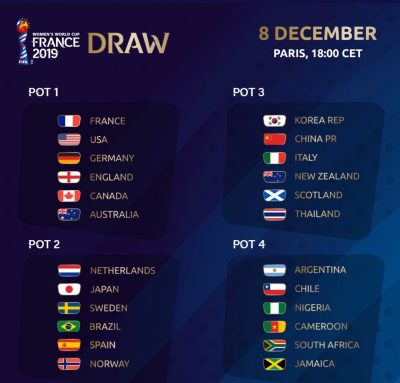 The Super Falcons have however failed to make much impact at the Women’s World Cup. They have made it beyond the group stage once, but Oluehi who was voted the best goalkeeper at AWCON 2018 says that the Thomas Dennerby’s charges are not afraid of any team.

“The World Cup is for the best teams and if we want to show our class as a formidable team, we must be ready to compete against them,” Oluehi told CSN.

The Super Falcons goalie added: “It’ s always good to have a favourable draw, but you have to be ready to face what is in front of you.

“We are looking forward to the draw and the preparation for the competition as well.”

The draw ceremony will take place in France capital, Paris with the 24 qualified teams expected to know their opponents.

The 2019 Women’s World Cup will be held in 10 different venues across nine different cities in France.