Super Eagles vice-captain, Ogenyi Onazi hopes to continue scoring for Trabzonspor after getting off the mark for the Turkish Super League club this season in Saturday’s 4-0 home win over Galatasaray, reports Completesportsnigeria.com.

Onazi opened scoring for Trabzonspor tucking home a rebound shot in the third minute of the match.

The goal was Onazi l’s first since March and he believes he can continue that if the team continues playing like they did against Galatasaray.

“I give thanks to God for the goal,” Onazi said in his post match interview.

“I’m happy to be on the scoresheet once again, it feels great. 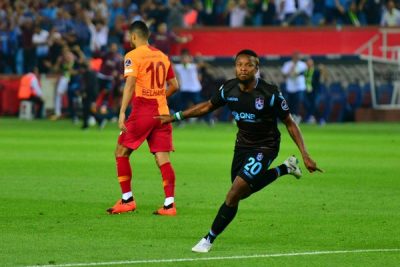 “We knew it was going to be tough against Galatasaray and this victory means a lot to us and the fans.”

The win moves Trabzonspor to fifth in the Turkish Super Lig table. They face Alanyaspor in their next game away after the International break.