Onyekuru’s Turkish side, Galatasaray, Idowu’s Lokomotiv Moscow and Awaziem’s Portuguese side, FC Porto are among the 32 teams that have been drawn into eight groups of four for the purpose of today’s draw.

The Nigerians could be drawn against defending champions, Real Madrid or Barcelona or any of the four English teams-Manchester City, Manchester United,Tottenham and last season’s runner-up,Liverpool.

Onyekuru who joined Galatasaray on a season-long loan move from Everton of England will be making his second consecutive appearance in the competition after debuting last season in the colours of Belgian giants,Anderlecht. 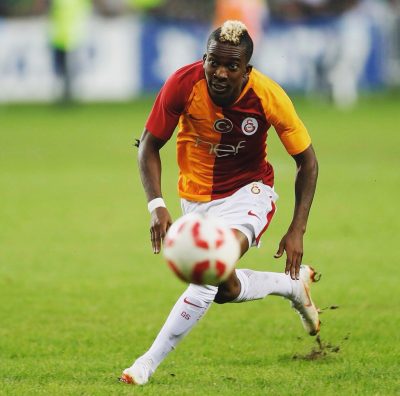 This will be Idowu and Awaziem’s first taste of the competition if they get to play as both players have been reduced to bit-part players at their respective clubs.