World Boxing Organisation (WBO) heavyweight champion Joseph Parker has slammed Anthony Joshua for trying to reduce his weight ahead of the title fight in Cardiff on March 31.

Joshua, who is British but has Nigerian heritage, is putting on the line his more prestigious World Boxing Association (WBA), International Boxing Federation (IBF) belts when he faces Parker.
The two boxers are unbeaten.

According to Sky Sports, Parker posited that Joshua is trying to emulate him to stand a chance in the fight.

“If he trusted in his body, he wouldn’t be trying to change who he is,” said Parker, about Joshua’s plans to weigh in lighter. 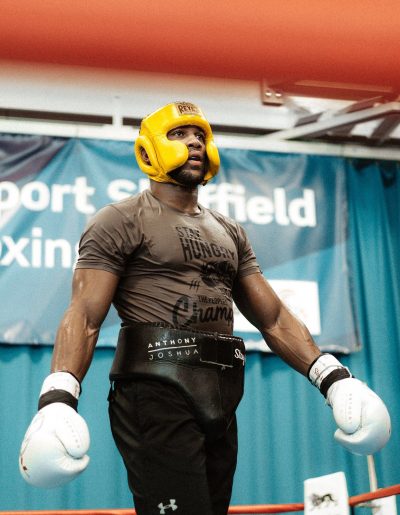 “He’s trying to be faster and leaner – I don’t know if he is trying to be him or me? We will be lighter. Faster, stronger, better movement.”

“It’s his decision but it’s disrespectful,” Parker said. “They’ve travelled a long way to see [Joshua], and they respect him.

“We were friendly [to British media] and invited them to our home. He should be more respectful.”

Parker went on to state that he was unmoved by suggestions Joshua has sought consultation from Wladimir Klitschko, who the IBF and WBA knocked out last year at Wembley.

“They can do whatever they want – it won’t change a thing. He’s probably trying to get advice from Klitschko,” Parker said.

“We have [Joshua vs Klitschko] playing in the gym every day. There are things we saw that we can do better. We can catch AJ.

“The public are judging us on our last two or three fights and they see Joshua as a fighter who is [unbeatable]. There is the element of surprise. Everyone thinks this is an easy win for him, but that’s motivation for us. I want to get in there and bash him.

“They are looking past our team. If they are in discussions [to fight Deontay Wilder], so be it. But he has to be careful because someone’s in their way.”