Everton’s innovative international partnership with market leader Rovio and the worldwide Angry Birds phenomenon, which has more than four billion game downloads since launching in 2009, is the Finland-based company’s first venture into Premier League football following successful associations with the likes of NASA, Apple,
NBA, NFL, McDonalds and Star Wars. 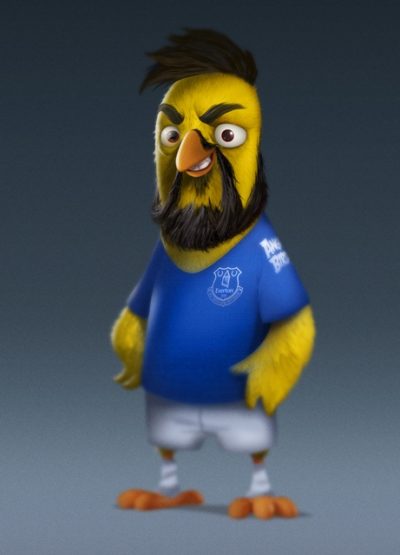 As Everton’s shirt sleeve sponsor since September 2017, Angry Birds has supported the Blues with a series of activities engaging Everton fans, young and old, including a video series featuring some of the Club’s top players on its YouTube channel this summer.

The introduction of three new Everton-themed playable characters is a first for the global entertainment company. Each of the three new player-inspired characters will have three unique ‘evolutions’ based on their personalities and playing styles.

Blues forward Walcott’s playable character will reflect his lightning speed and attacking skills, as demonstrated against his former club, Southampton, in Everton’s 2-1 victory last weekend at Goodison Park. His character will take the form of a distinctive yellow bird – yellow characters being the fastest in Angry Birds Evolution. 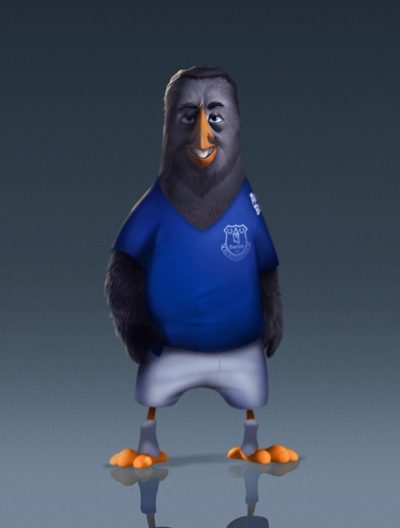 Speaking about his Angry Birds makeover, England international Walcott said: “Angry Birds is one of the biggest names in gaming and I am very happy to be one of the first three football players in the world to have my own personalised playable character.

“It’s been really interesting to work with Rovio to shape my character and see the work that goes on behind the scenes to bring it to life.”

Iceland international Sigurdsson said: “The Rovio team and I wanted my character to represent strength and my Nordic roots and I’m really pleased with the outcome. To be one of the first ever Premier League Angry Birds characters, alongside my teammates, is a genuine thrill.”

Turkey international Tosun said: “It is a big honour for me because I used to play the game when I was younger and even now, if I have time when I’m travelling, I try to play the Angry Birds game and it’s fun. 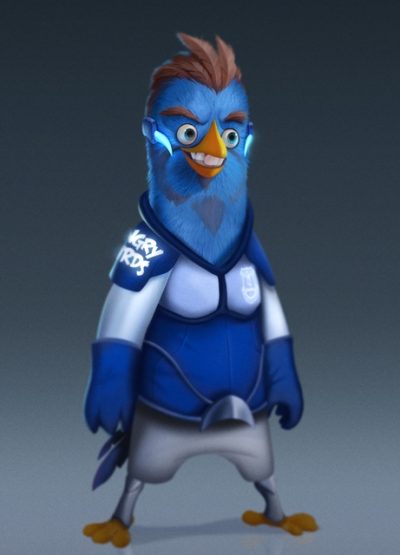 “Everyone knows that Angry Birds is one of the biggest games in the world and I am very proud that Theo, Gylfi and I are the first footballers to be part of the game.
I like the design and I think it looks like me. They have drawn upon my heritage during the design process.

“I was shocked to be part of this to be honest. So many people play Angry Birds around the world, something like 8 million at any one time and that’s incredible. Some of my family and friends play, too, and it will be a nice feeling that I will be in the game while they are playing.”

“The introduction of three personalised football-based playable characters into an Angry Birds game is a first for Rovio and I’m delighted that our two forward-thinking organisations have helped to create this small piece of history together.

“When we first met we knew there would be synergies in terms of brand, values and ambition and the partnership from our perspective enables Everton to engage with a different audience on a global scale in the digital space. Incorporating the characters of Theo, Gylfi and Cenk into the Evolution game is an innovative, tangible and vivid way of bringing our partnership to life.”

Ville Heijari, Rovio Chief Marketing Officer commented: “We have previously worked on a number of Angry Birds activities with Everton and their fans and we’re happy to bring our partnership alive in Angry Birds Evolution. Bringing star players into the game as playable characters is an exciting treat for fans of both Angry Birds and
the beautiful game alike.”

Tom McCormack, Head of Football at Nielsen Sports, the premier provider of analytics and insight within the sports industry, said: “This is an innovative, engaging, developing partnership which not only creates an opportunity for Rovio to consolidate its global audience through the Premier League’s TV footprint but also to have access to Everton’s highly engaged digital audience.

“It’s not often that a rights holder will have such a unique opportunity to leverage a partner’s own platforms, especially one with such scale and activity as the Angry Bird’s channels, with bespoke content to engage a different demographic and grow the fanbase.”

Chris Daly, Chief Executive of the Chartered Institute of Marketing, the world’s leading professional body for marketing, said: “This initiative between Angry Birds and Everton is original and enterprising from a marketing perspective. While there’s clearly great marketing value to both parties through the existing agreements between the brands, going this step further and introducing Premier League players into the game will be exciting and engaging for both Angry Birds and Everton fans and help both parties appeal to new audiences on a global scale.”