Prince Harry of Wales will visit Nigeria after his wedding billed for Saturday – May 19, at the St George’s Chapel, Windsor Castle, Completesportsnigeria.com has exclusively gathered.

Prince Harry will marry Meghan Markle in the same church where he was christened when he was three months old.

He is expected to be appointed the Honorary President of the Nigeria Rugby Federation during his visit.

The prince CS scooped played a crucial role in resolving swiftly a federation dispute that for a year saw Nigeria banned from international rugby 15s and 7s competitions. 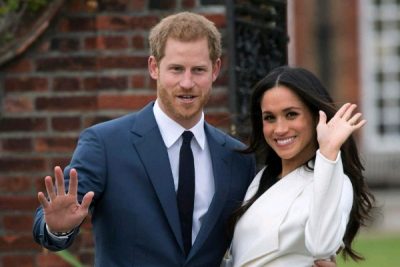 His Royal Highness observed the hitherto futility of preventing Nigeria from being prevented from participation from two consecutive COMMONWEALTH GAMES. He met with the president of African Rugby Federation in London to expedite action on lifting the suspension.

As such the Nigeria Rugby Football Federation is set to name him honorary life president out of gratitude and respect.

There are also reports that the Prince of Wales will also donate a trophy and will also raise a 7s of his own capable of winning the competition.

He is expected to feature in the competition along with Rugby powerhouses such as , Mike Tindall, Maro Itoje, and Sonny Bill, along with 7s player of the year American Perry Baker.