Paris Saint Germain’s coach Thomas Tuchel and his entire team are proud of their emphatic 4-0 win over AS Monaco in Saturday’s 2018 Super Cup clash played in China, and they celebrated loudly through the night, Completesportsnigeria.com.

Angel Di Maria bagged a brace while Christopher Nkunku and Timothy Weah also got in the scoresheet as PSG lifted their sixth consecutive Trophée des Champions title – their eighth Super Cup triumph.
Tuchel, who replaced Unai Emery at Parc des Princes this summer was pleased at the manner his side’s dominance in the game.

“We are very happy,” Tuchel told reporters. “I am very happy because we won our first final.

“It is fantastic. We won 4-0, it is incredible. And we deserved it. We won. We played as a team and I loved that. 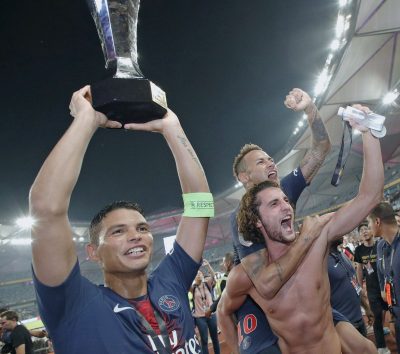 “It was a very young team. And the circumstances were very tough, it was very hot.

“I think there were two parts in the game. During the first 30 minutes, in the first half, it was a balanced game. We were more organised than our opponent,” Jardim said after the game during his post-match interview.

“But our opponent has a lot of talent and they managed to score the first goal. Then it was very hot. We had a lack of intensity. So it is fair. Paris were better than us. They showed quality, they controlled the game. 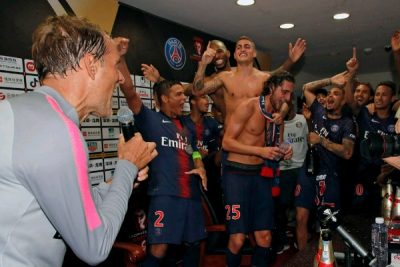 “As I said, in the first 30 minutes, we showed energy and solidarity, we had a balanced game. But then Paris did what they wanted.”

PSG begins its French Ligue 1 league title defense next Sunday at home to Caen while Monaco travel to Nantes next Saturday for their opener.