Leicester City manager, Claude Puel, believes Kelechi Iheanacho and Fousseni Diabate can be the future of the club after both forwards scored a brace each in the Foxes’ 5-1 win over Peterborough United in Saturday’s Emirates FA Cup Fourth Round win at the ABAX Stadium, Completesportsnigeria.com (CSN) reports.‎

Iheanacho who had bagged a brace in the Third Round replay against Fleetwood Town at the King Power Stadium, took his tally to four in 14 games in all competitions for Leicester City.

“Important to start well, with intensity and quality. We did that and went on to score some very good goals. Important for the squad that we could perform well today,” Puel said during his post-match interview after the game.

“I hope that young players like Barnes, Iheanacho and Diabate can be the future of Leicester City.

“We knew it would be tough away against a good team like Peterborough, but our attitude was excellent from the start and the goals were a good reward for the players. 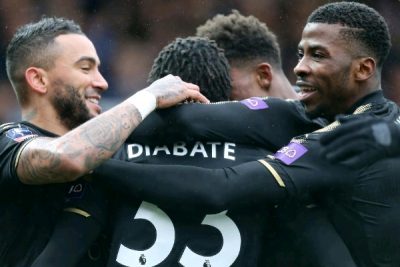 “I don’t think many people knew about Diabaté, but he showed a lot of promise today. I hope he can improve and grow as a player with Leicester.

“There was a good mix between experienced players and young players today, they showed good understanding between them.”

Wilfred Ndidi also came on as a late substitute to wrap up the victory two minutes into stoppage time. The goal was Ndidi’s first of the season in all competitions.