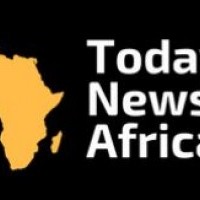 República de Angola, as the Republic of Angola is known in Portuguese, has always been abundantly blessed by nature.

The west-coast country of south-central Africa, which is the seventh-largest country on the continent, has vast mineral and petroleum reserves with one of the fastest-growing economies in the world, especially since the end of the civil war.

However, not everything is smooth, beautiful and rosy. The standard of living remains low for most of the 25.8 million people in Angola, and life expectancy there is among the lowest in the world, while infant mortality is among the highest.

Angola’s economic growth is also said to remain highly uneven, with most of the nation’s wealth concentrated in a disproportionately small sector of the population.

But President João Lourenço’s ambitious reforms are set to change that, or at least begin the process of real change, starting with the 2019 oil & gas & exhibition conference that would seek to promote new investments and signal the resurgence of the Angolan economy. The oil & gas conference would take place June 3-7, 2019 in Luanda, the capital of Angola.

Specifically, the conference will address the new investment climate under the leadership of President João Lourenço, the role of a new national oil and gas agency in the development of the sector, and the issuance of new licenses for exploration and production companies.

Already, the Angolan Ministry of Mineral Resources and Petroleum is working in partnership with the organizer Africa Oil & Power (https://AfricaOilandPower.com) to produce the country’s largest investment conference in years.

“Angola has been one of the world’s leading producers of oil and gas, and under the new administration of President João Lourenço, we are focused on revitalizing and increasing our potential exponentially,” said Angola’s Minister of Mineral Resources and Petroleum, Diamantino Pedro Azevedo.

“We intend with this conference to maximize the value created for the Angolan economy by bringing investors who can increase the competitiveness in the oil market and use the Angolan oil industry as the main catalyst for boosting the economy in general.

“The sector has seen several changes, including a sustained drop in oil prices. Thanks to the reforms, Angola is stronger and better positioned in the current investment climate,” he added.

The government, he explained, looks forward to using Angola oil & gas 2019 as a platform to capitalize on new businesses, and spark new interest in the industry as projects move forward.

Angola oil & gas 2019 will be the ultimate venue for the presentation of oil and gas projects, ongoing exploration activity, mergers and acquisitions and the presentation of companies operating in Africa’s second largest oil producer, with 1.5 million barrels per day.

Organizers say the conference will be the definitive platform for the government to disclose details about the 2019 oil and gas licensing round and to unveil new legislation for gas exploration and investment in marginal oil fields. Also a focal point of the program will be the creation of a new National Agency for Petroleum and Gas, which in 2019 will assume oil and gas licensing responsibilities.

The event would be attended by key governmental officials and C-level executives spanning the spectrum of the energy industry for a packed agenda of keynote presentations, moderated panel discussions, an exhibition, and networking gatherings.

Angola oil & gas will put a premium on deal making and relationship brokering as Angola aims to attract investment in all segments of the petroleum industry. African ministers of petroleum will attend the event, as well as international investors and decision-makers.

“This is the time for global oil and gas investors, and Africa-focused companies, to take a fresh look at Angola,” said Africa Oil & Power CEO Guillaume Doane.

“The petroleum industry is set to benefit from the impetus provided by a new political administration and favorable oil prices, as well as the increasing influence of local companies. Angola Oil & Gas 2019 will be the catalyst for economic activity and investment in Angola, a platform to showcase the country’s enormous potential, explain the projects and meet the key actors.”

A comprehensive report on the Angolan energy sector entitled Africa Energy Series Angola 2019 will also be produced in tandem with the conference.

The book, TODAY NEWS AFRICA (https://TodayNewsAfrica.com) learned, will be an official investment tool for the Angolan oil and gas industry and will feature interviews and resources on Angola’s most pressing energy issues and opportunities, including the acquisition of new licenses and new exploration of the offshore basins, strategies for reversing oil production declines, the potential for onshore oil and gas exploration, the emerging role of LNG, building a strong domestic sector and diversifying the economy through downstream efforts.

Allegri Advised Juve President To Get Rid Of Ronaldo