The ‘Headmaster’ played for Real Sociedad from 1996 to 2000, earning 88 appearances and scoring eight goals.

Speaking to Completesportsnigeria.com at the club’s famous Anoeta Stadium, Gorriz said he wished that Mutiu could have stayed longer. 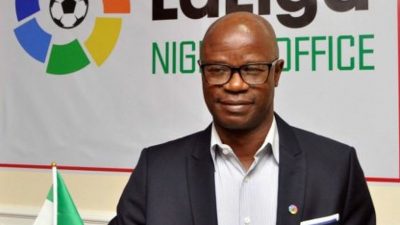 “Yes I remember him,” Gorriz told CSN. “Also as a person, he adapted very quickly to the city of San Sebastian and Basque people. I never played with him, but I met him for a short time. I remember he was a wonderful person and a very good player. I think he could have stayed here for a much longer time and become a very important part of the team.” 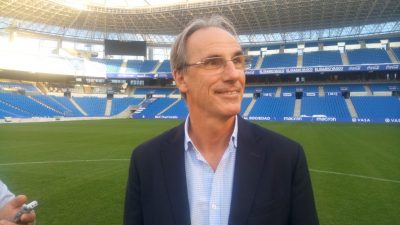 Gorriz’s main asset was his heading ability, and he often scored from set pieces, an attribute he shared with Mutiu Adepoju. He played 12 times for Spain, scoring one goal which, unsurprisingly came from a header. He headed home a free kick in the 2–1 group stage win over Belgium at the 1990 FIFA World Cup in Italy.

“I would like to tell Mutiu that I can speak on the behalf of all the people of Real Sociedad that we remember him with much fondness, and that anytime he comes to San Sebastian, he is home and he will receive a warm welcome with open arms,” Gorriz said cheerfully.