By Dare Esan:
Super Eagles striker Odion Ighalo will lead Changchun Yatai’s bid for revenge this afternoon when they engage their guest,Guangzhou R&F at the Yuexiushan Stadium in Guangzhou, China in a Matchday 19 fixture in the Chinese Super League, Completesportsnigeria.com reports.

Guangzhou R&F ran away with a 2-1 win when both sides clashed in a Matchday 4 fixture last March at the Changchun Stadium with Ighalo getting a yellow card.

The Nigerian is in a rich vein of scoring form now and Changchun Yatai will bank on him to deliver the goals that sink their host and move them further up on the log. 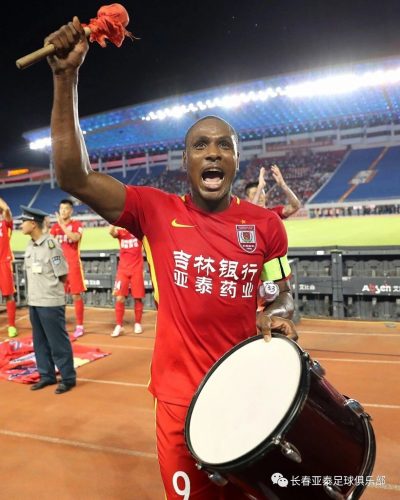 The visitors are eighth on the log with 24 points from 18 games while Guangzhou R&F are two points adrift at 10th which today’s clash very crucial.

The supremacy battle will not only be between tow clubs alone but also two players who are tied on 14 goals as second joint top scorer in the league behind Wu Lei of Shanghai SIPG.

Ighalo scored a brace away at Beijing Renhe in a 3-1 win last mid-week to bring his total haul this season to 14, same as Eran Zahavi of Guangzhou R&F.

Interestingly ,Zahavi, the Israeli scored in his club’s 2-1 away win at Changchun Yatai at the end of March, and Ighalo will be specially fired up to pay the striker in his opwn coins,as it were.

A goal for Ighalo will increase his haul to 15 in 19 games,same number of goals he scored all through last season in 27 games. 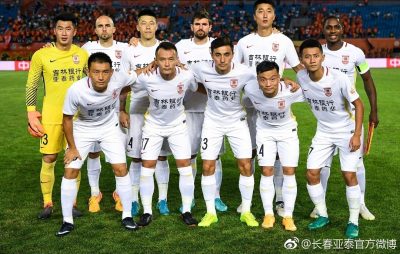