Nigeria, who are making their sixth appearance at the World Cup, will have 19-year-old Deportive La Coruna goalkeeper Francis Uzoho in goal.

The right full-back position will be between Shehu Abdulahi and Tyronne Ebuehi. Both players have not played at the World Cup before.

Byran Idowu could get the nod ahead of Elderson Echiejile in the left full-back position due to form. The Amkar Perm defender has featured in all Nigeria’s pre-World Cup friendlies but has never played in the tournament proper.

The injury doubts over Leon Balogun could see Rohr deploy a 3-5-2 formation with John Ogu deployed to play on the left of a back three on his debut appearance for Nigeria at the World Cup alongside another debutant William Troost-Ekong in defence. 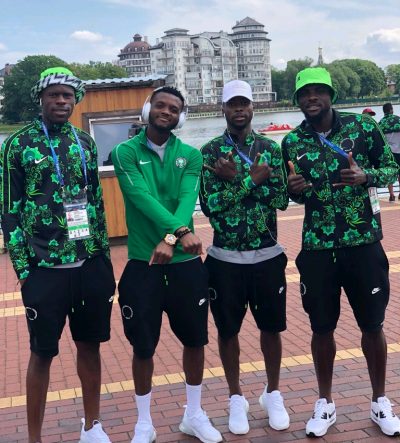 Ogu has played in the position in his last two games for Nigeria. He has also been playing as a centre-back in training.