Ronaldo: I’m Happy To Have Found The Net For Juventus The 33-year-old failed to find the net in his first three Serie A matches following a €112million transfer from Real Madrid in July before finally breaking his duck against Sassuolo.

He scored from close range after 50 minutes to break the deadlock and then followed up with a second 15 minutes later.

Ronaldo praised the way Juventus broke down a stubborn visitors’ defence and admitted that his failure to find the net in his first three matches had been starting to play on his mind. 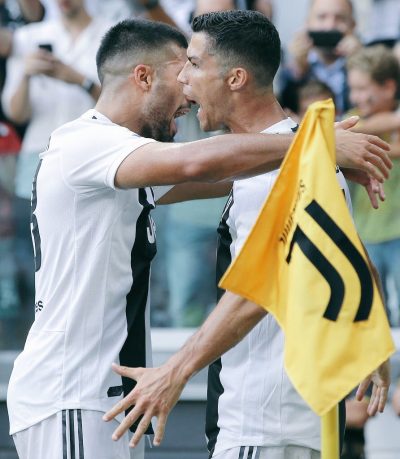 “Sassuolo defended well, but we put in an intense performance and deserved to win.

“I really wanted to score these first goals and I’m happy to have found the net.

“This is football. The important thing is that the team wins. Obviously, I was a little tense with all the talk of Real Madrid and not scoring, but I thank my team-mates for supporting me throughout.

“I knew that I was working well and it was only a matter of time. I am adapting well to Italian football.”